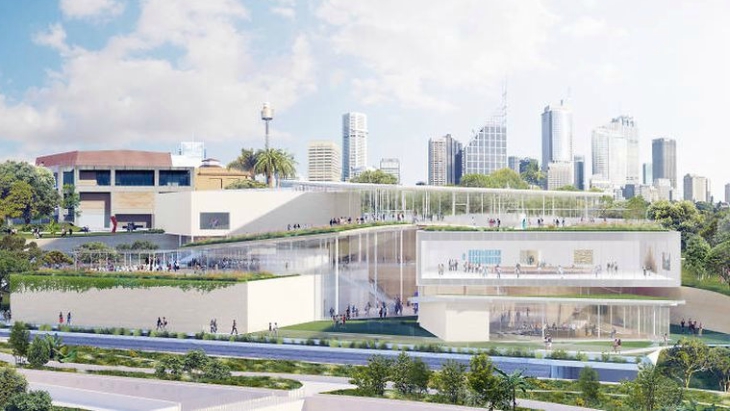 The Art Gallery of New South Wales’ $344 million-dollar expansion - known as The Sydney Modern Project - will double the gallery's space and include expansive outdoor spaces to enjoy.

A Mega Million-Dollar Renovation for the Art Gallery of NSW

The expansion of the Art Gallery of NSW began in 2019 and is set to be completed by 3 December 2022.

According to Premier Dominic Perrottet, "the once in a generation project will attract the world’s biggest touring art exhibitions to Sydney, the nation’s cultural capital."

NSW Arts Minister Don Harwin says the expanded gallery was expected to inject more than $1 billion into the NSW economy over 25 years.

The multi-million-dollar rejuvenation is extensive and includes a new public Art Garden, new educational spaces for kids, a prominent destination showcasing Aboriginal and Torres Strait Islander art and culture, and (we think this is pretty cool!) an underground art space repurposed from a decommissioned WWII naval oil tank.

There will also be a new direct link to Sydney's Royal Botanic Gardens so you can do two cultural attractions in one day!

What to Expect at the New Art Gallery of NSW

New additions to the updated Art Gallery of NSW are plentiful and include 430,556 square feet of new spaces with: