A Nagging Mum Leads To A Successful Daughter, According To Science Do you constantly tell your daughter to do her homework, brush her teeth, stop using her phone, pick up her socks.... to the point of exhaustion, I mean, in the name of love? Well, pat yourself on the back mama, you're on the path to raising a successful woman.

A study at the University of Essex tracked the experiences of over 15,000 British girls aged 13 and 14 for six years and found that high parental expectations led to adolescent girls’ success later in life.

They found that when a mother sets high standards for their daughters’ education, those girls were more likely to go to uni, take better-paying jobs, and not find herself up the duff as a teen.

It's simple really, by communicating your high expectations (in that voice that sounds eerily like your own mothers) you are showing that you're paying attention to how they are doing, in turn making them more likely to want to succeed (and yes, they won't admit it until they're 32 years old).

So, even though it may not seem like they're listening, behind those eye rolls is often an attentive daughter.

“In many cases, we succeeded in doing what we believed was more convenient for us, even when this was against our parents’ will,” Dr Ericka Rascon-Ramirez, lead researcher said. “But no matter how hard we tried to avoid our parents’ recommendations, it is likely that they ended up influencing, in a more subtle manner, choices that we had considered extremely personal.”

But What About The Dads?

If your dad was the 'easy-going' parent then you're not alone, this study found that it was mothers who had the greatest nagging pulling power.

"The measure of expectations in this study reflects a combination of aspirations and beliefs about the likelihood of attending higher education reported by the main parent, who, in the majority of cases, is the mother,"  said Dr Rascon-Ramirez. 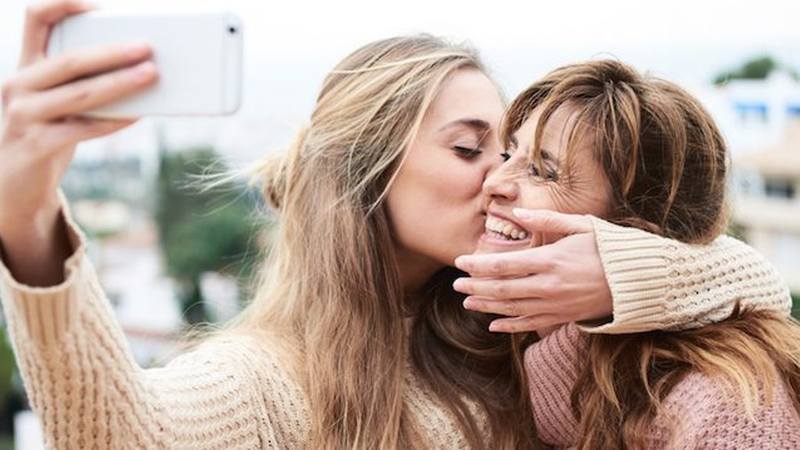 Right, well there goes my ambitions of being the "cool mum" I always thought I'd be.

Keep up the good nagging. They'll thank you one day. And until then, there's always wine.