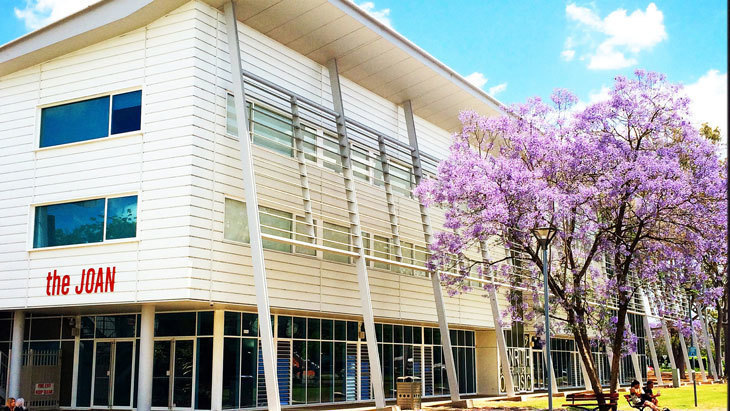 The Joan Sutherland Performing Arts Centre (The Joan) is western Sydney's creative hub. Every year more than 300,000 people - many of them young families - visit The Joan for shows, courses, music lessons and drama workshops.

The Joan is also now home to the relocated Q Theatre Company (formerly Railway Street Theatre Company and originally the Q). For over thirty years the company has presented the very best in theatre performances and is, without question, one of Australia’s great theatre treasures. Through the year The Joan will present some of the best theatre for young audiences made by some of Australia’s top touring companies.

Facilities:
The Joan is committed to ensuring access for all people. The theatres are equipped with space for wheelchairs, hearing loop for patrons with impaired hearing, audio described performances for visually impaired patrons.

There is a lift to all levels of the building and flat, accessible pathways to seating.

Getting There:
Joan Sutherland Performing Arts Centre is at 597 High Street, Penrith (next to the Penrith Plaza shopping centre and Penrith Library). From the M4 motorway take the Mulgoa Road turn-off to Penrith. Fast train services leave regularly for Penrith from the country train platforms at Central Station.

Parking:
Accessible parking (nearby Council car park and Westfield car park) and accessible pathways to venue. You can view a map here.