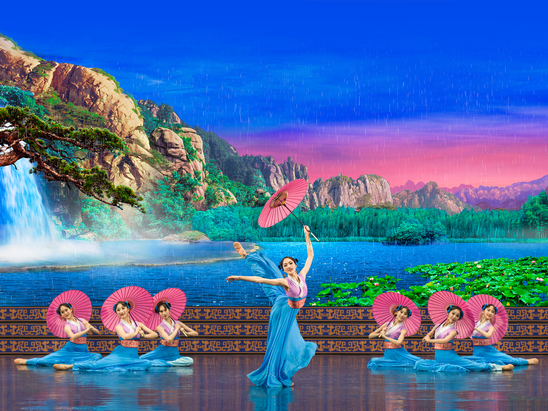 Through breathtaking music and dance, Shen Yun is reviving this glorious culture. Shen Yun, or 神韻, can be translated as: “The beauty of divine beings dancing.” Shen Yun is a brilliant artistic revival and celebration of China’s rich cultural heritage. Each performance consists of about 20 pieces, quickly moving from one legend, region, or dynasty to the next.

Themes range from the delicate elegance of Tang court ladies to the battlefield heroics of valiant generals, from the timeless philosophical works of Lao-Tzu to spectacular scenes of magical realms. Some pieces also touch upon the topic of today’s China, shedding light on the oppression many experience for their spiritual beliefs, such as Falun Dafa.

These tales of courage are often what audience members find the most touching and uplifting. Shen Yun tours to some 150 cities around the world each year. From Tokyo to Paris, Sydney to New York, Shen Yun’s live performances garner thunderous applause and accolades from full houses everywhere. Some audience members fly from other countries or drive hundreds of miles to see it. Others watch the same performance five or six times. Why? There are simply no words to describe it—you have to see it with your own eyes to find out. Join in for the experience of a lifetime.