PAW Patrol Live! Race to the Rescue Returns To Sydney 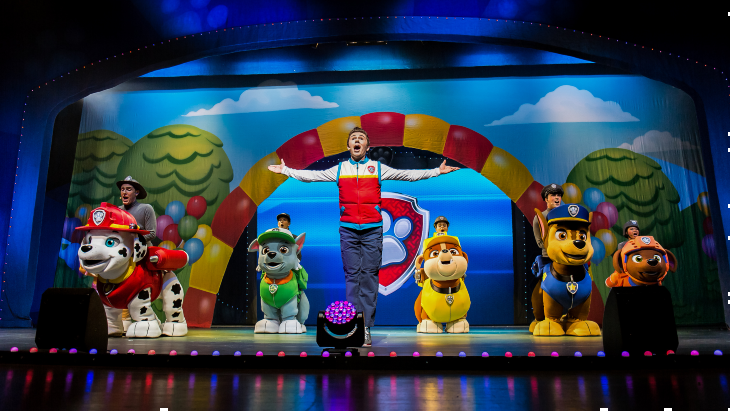 Nickelodeon, TEG Life Like Touring and VStar Entertainment Group today announced that the hugely popular PAW Patrol Live! “Race to the Rescue” will be returning to Australia in April and May 2020. Based on the hit animated TV series on Nick Jr. produced by Spin Master, PAW Patrol Live! “Race to the Rescue” brings everybody’s favourite pups back to the stage for an action-packed, high-energy, musical adventure where they come to the rescue when Mayor Goodway goes missing during the day of the Great Adventure Bay Race.

Following its sold-out inaugural tour of Australia in 2017, PAW Patrol Live! "Race to the Rescue" will commence its 2020 tour in Newcastle on April 26, before making its way to Melbourne, Brisbane, Perth, Adelaide and concluding in Sydney on May 30. There will be limited performances per city, on family-friendly Saturdays (except for Newcastle which will occur on Sunday).

Pre-sale tickets for PAW Patrol Live! "Race to the Rescue" will be available via Telstra Plus™ from 9.00am (local) Thursday 5 December 2019, before the general public on-sale at 9.00am (local), Tuesday 10 December 2019 from Ticketek.