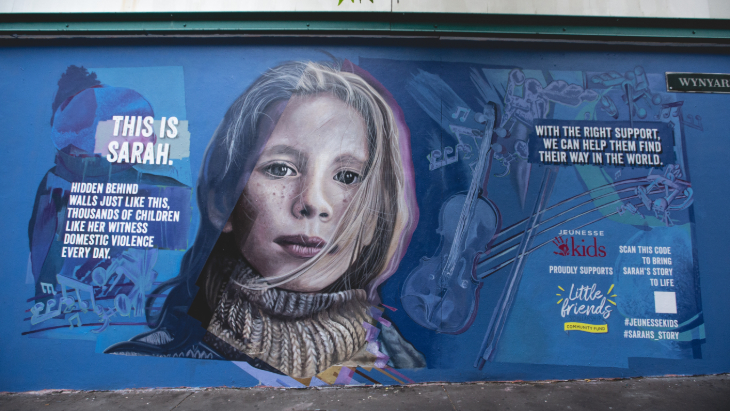 Monday, November 25 marks the International Day for the Elimination of Violence against Women, highlighting the enormity of Australia’s domestic violence problem.

Giving a face to this social crisis is the real-life story of a 6-year-old girl named Sarah, whose name has been changed for confidentiality reasons.

In association with Australian Charity of the Year, Friends with Dignity, Jeunesse Kids will bring to life the plight of children and that of thousands who are faced with domestic violence each day.

The interactive mural in Sydney’s CBD aims to spark conversations nationally around the issue through Sarah’s raw and remarkable story. The mural will be seen by an estimated 133,000 people per day and be up for a two week duration. 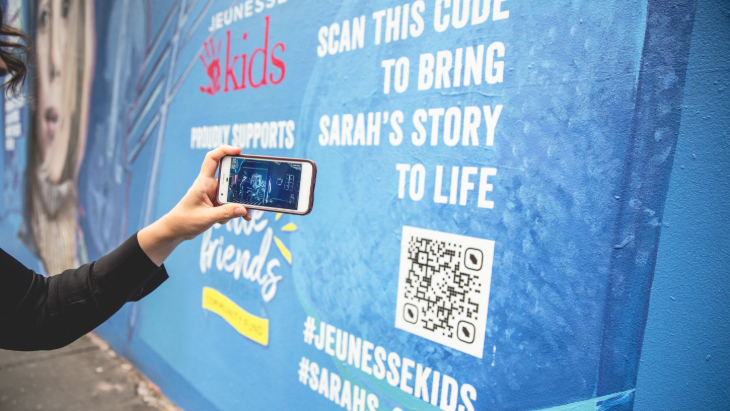 The wall will also feature a QR Scan Code that will bring Sarah’s story to life in a short animation film—revealing her tainted relationship with music, which stemmed from her parents’ attempts to drown out and shield her from the domestic violence happening behind closed doors.

The violin acoustics that play in the animation film is an original recording that come from the young girl herself, who through the scholarship program learned to play the violin and in doing so recreated a positive relationship with music.