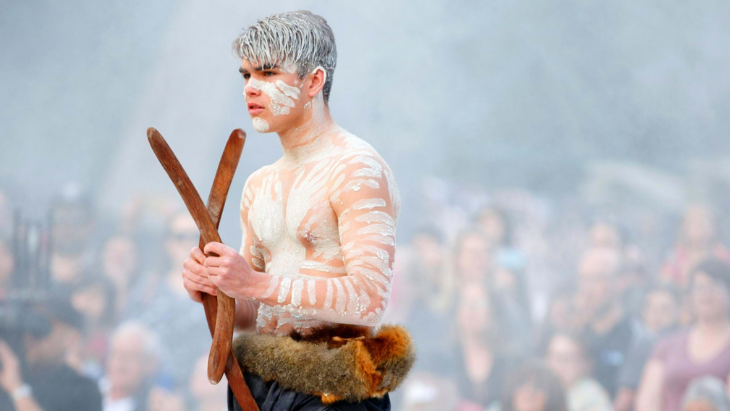 Each year the first words of Melbourne International Arts Festival come from those who have carried this land’s stories the longest—the First Peoples of Melbourne.

Tanderrum is a ceremony bringing together the Wurundjeri/Woiwurrung, Boon Wurrung, Taungurung, Wadawurrung and Dja Dja Wurrung language groups of the Eastern Kulin Nation—a ceremony of celebration that reaches across Aboriginal time.

This sacred ceremony had been hidden since European invasion, until six years ago the Eastern Kulin brought Tanderrum back to central Melbourne to open the Festival. Since then this cross-cultural moment has become an essential and living element of the Festival and a Welcome to Country for local and international artists
and audiences.

Melbourne is sacred to the Traditional Custodians. Through this event we ensure that Aboriginal culture remains present and relevant to our city today. Tanderrum is your invitation to share this sacred place.