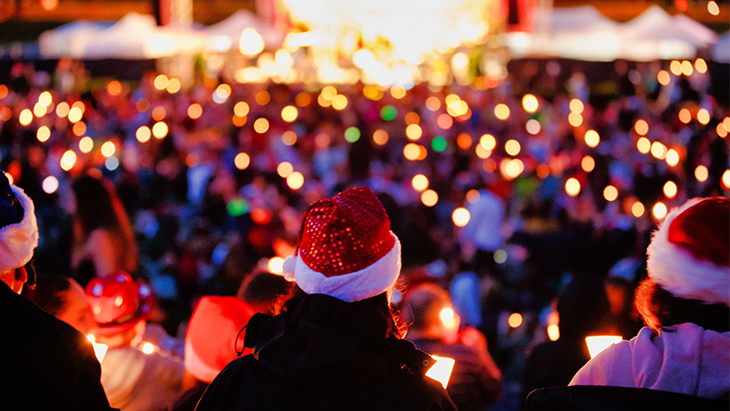 It’s set to be a star-studded Christmas funfest for all ages, with thousands of local residents and visitors ready to experience everything Stonnington’s much-loved free Christmas concert series has to offer. Christmas at Central Park and Carols at Como Park will include a cast of popular Australian music artists, renowned theatre performers and local legends.

All performances will be supported by the Stonnington City Brass and South of the River Choir, with a special visit by Santa! The festivities commence with Christmas at Central Park to be held on Sunday 8 December from 7.30pm to 9.30pm at Central Park, Malvern East.

One of the largest free Christmas concerts in Victoria, Carols at Como Park will be held the following week on Sunday 15 December from 7.30pm to 9.30pm at Como Park, South Yarra. The ever-popular singer and actor Rob Mills is set to host and perform, supported by Isaiah Firebrace, (Winner of 2016 Australian X Factor), Alexis Van Maanen (GFO & Opera Australia’s 2017 Evita) and Jude Perl (multi-award winning singer, songwriter and comedian).

Over 13,000 delighted local residents and visitors have attended the free concert series in previous years, and with a star-studded line-up of performers for all ages, 2019 is set to be the biggest yet.