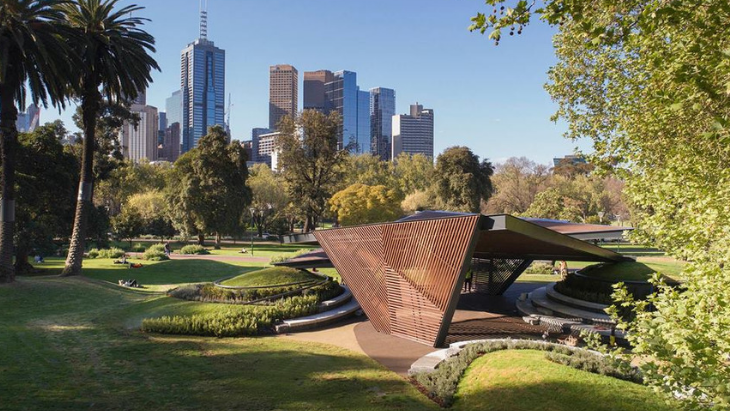 At the end of each season, MPavilion is gifted to the City of Melbourne and moved to a permanent new home, creating an ongoing legacy in Melbourne’s increasingly sophisticated architectural landscape.

The design of the fifth MPavilion by Barcelona-based architect Carme Pinós of Estudio Carme Pinós has been released. The sharp design reveals an open civic space that invites interaction as well as a discourse between people, design, nature and the city. Celebrating Carme’s design philosophy, which advocates building communities, inclusivity and universal connection, the pavilion will be a sensorial summer experience built in the Queen Victoria Gardens.