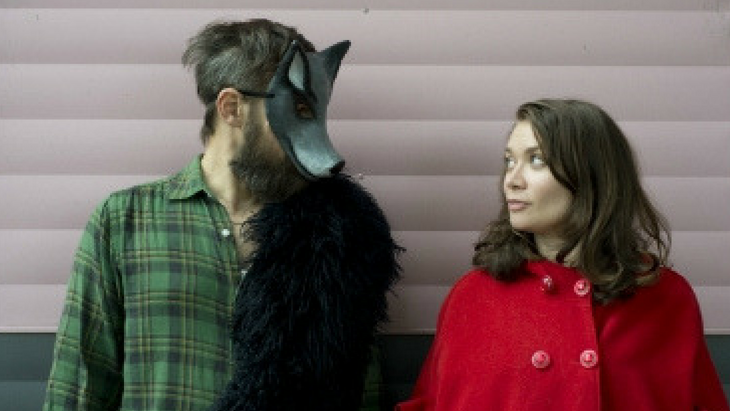 The Little Red Riding Hood is one of those stories that shaped our culture. The French 16th century author Charles Perraut was the first to write a version of this folk tale, and his story was intended to educate young girls about the danger of male predatory desires.

In this version of the Little Red Riding Hood, two actors – directed by Perraut himself – keep on interrupting him: questioning the machinations of such stories, the messages conveyed and the responsibility of those who tell them.

With real people and Shadow puppets, and designed for children & teens who are (learning) French.