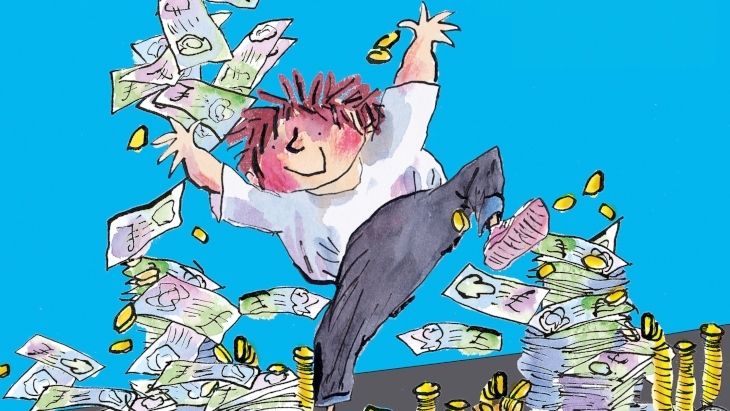 Ever wondered what it would be like to have a billion dollars? Twelve-year-old Joe does!

David Walliams’ best-selling book, Billionaire Boy, leaps off the page and on to the stage for a strictly limited season this April.

Joe has everything a boy could ever want, from a golden underwater Ferrari to his very own cinema. Joe and his Dad have more money than you could imagine, but what Joe really needs is a friend. When Joe arrives at his new school, life really gets tough. Facing the school bully, his Dad’s new girlfriend and the world’s worst school canteen, Joe is about to learn that money might buy you a lot in Raj’s shop, but it can’t buy you everything.

Don’t miss this original Australian stage adaptation, as the team behind Mr Stink and the Treehouse series return with songs, laughs and extreme silliness. Perfect for ages 6 and up, and their grown-ups.

Based on the hilarious novel about love and the things money can’t buy, Billionaire Boy will be playing at Arts Centre Melbourne between 6 and 14 April 2019.