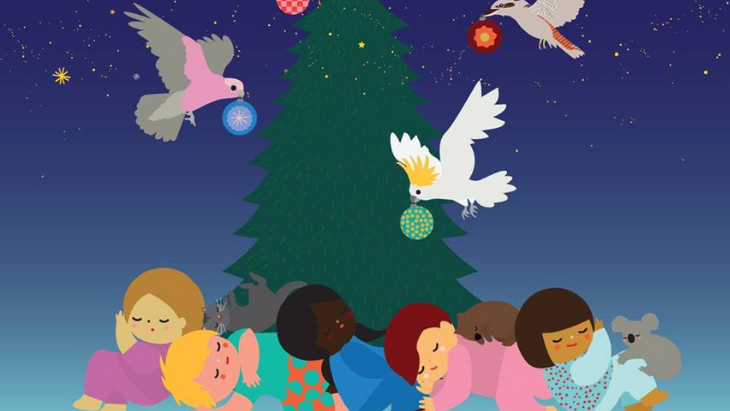 Visit Federation Square this Christmas and experience artist Beci Orpin's beautifully-animated Christmas film paired with the sounds of some of Melbourne’s favourite choirs.

Christmas in Australia is a fusion of influences: a wintery European tradition, a biblical story from the Middle East, and Aussie summer holidays at the beach. The film aims to reference those influences in a playful package that includes magical Christmas trees and a native nativity scene.

The film is produced by General Strike in collaboration with Beci Orpin, animation is by Stafford Wilson at Kitset, sound design by Byron Scullin.

This film has been commissioned by Fed Square and City of Melbourne.