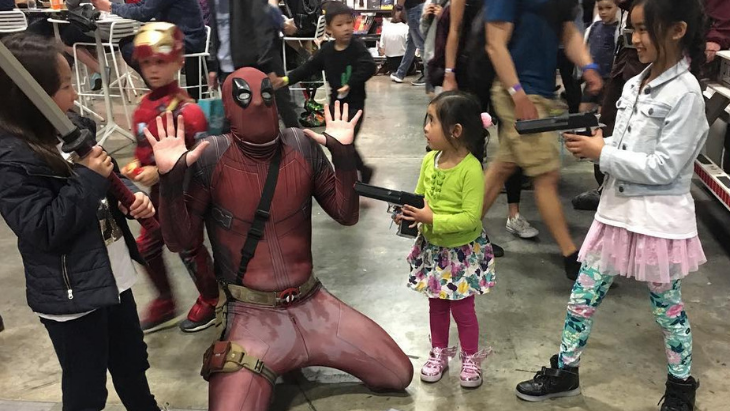 When we were growing up, comic books and fantasy lore were associated with nerdy kids who would hang out at the library. In recent years, the fantasy land of comics and sci-fi has taken its well-earned place, firmly at the heart of pop culture. It’s little wonder that events like Oz Comicon draw massive crowds each year. Kids and adults pile into the Convention Centre to get a glimpse of their super heroes in real life. Oz Comicon always nabs an impressive list of celebrities that come out to play. As well as rubbing shoulders with the A-Listers, there is a giant colouring wall where kids can leave their mark, a gaming station and of course, loads of comics. If your kids are into it, get them involved in the Kids Cosplay Parade.

The lineup (SO FAR – Trust me, there is plenty more to come…)

ellaslist opinion: It is absolutely encouraged to get involved with the cosplay. Your kids will love it and it’s a great opportunity to be someone else for the day. Slay that cape.