Sydney Has A New Dog Beach Thanks To Year 4 Student 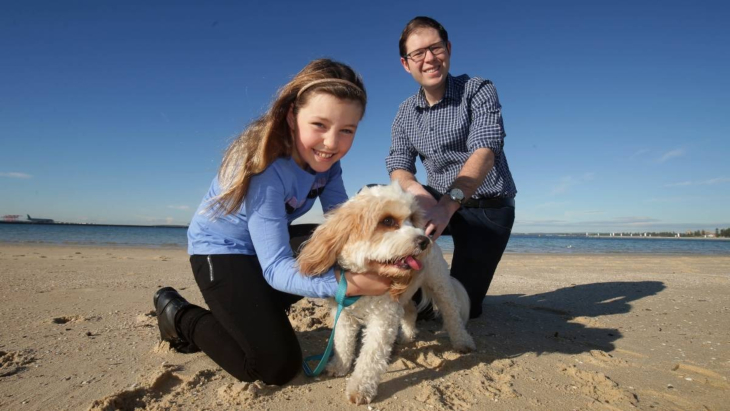 “I believe that dog parks are good for everyone – dogs, their owners and even those in our community who don’t like dogs,” Isabella was quoted in The Leader. “They are good for dogs because they keep them fit and healthy. When my Cavoodle, Charlie doesn’t get enough exercise he gets a bit crazy and a bit jumpy...He also barks less when he’s had a lot of exercise," said Isabella, who was awarded a Certificate of Recognition for her "enthusiastic community commitment" by Rockdale MP Steve Kamper.

“A dog that has had 20 minutes in a leash-free area is happier at a café, walking along the street or at home in a backyard or in an apartment...Another reason for a dog park at our end of the beach is that the people at Sans Souci have a really good dog park but it is too far for us to walk to."

With his persistent pursuit of a dog-friendly area in Kyeemagh, Botany Bay Councillor Ed McDougall (pictured above with Isabella) couldn't have agreed more with Isabella, restating her argument that the 15,000 dogs and their owners in Bayside were lacking and in need of an off-leash area. Over 65 per cent of residents were in favour of having an off-leash area established, he added.

The proposed off-leash area covers 150-metres of the beach, and has been approved to operate between 4pm and 10am each day. A $180,000 dune-protective fencing replacement plan has also been put in place. 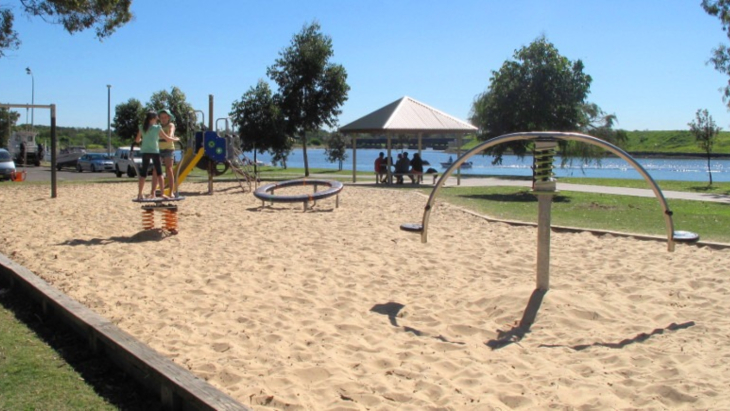 A bonus is that Kyeemagh''s Boat Ramp Playground (above) is nearby the upcoming dog beach; adjacent to Cooks River, it comes complete with a large sandpit playground and two picnic shelters, a cycling track, and plenty of parking at the adjacent carpark.