Why Every Mum Needs A RUNA In Their Life Having a baby the second time around you'd think you've got the whole thing down pat. But experience and hand-me-downs aside, nothing can prepare you for the sheer complexity of looking after a precious newborn life. The worries, confusion, guilt and exhaustion all came back to me when I had my second child last week. Bringing her home and then having my partner go back to work, leaving me stranded at home (a c-section birth has rendered me unable to drive, or move for that matter) has brought back all those little anxieties. Is she feeding enough, is she sleeping too much, is she too hot? Luckily I have been blessed with a wonderful midwife who has been making daily visits and is on call should I have any worries. Oh and partner full of practical advice... 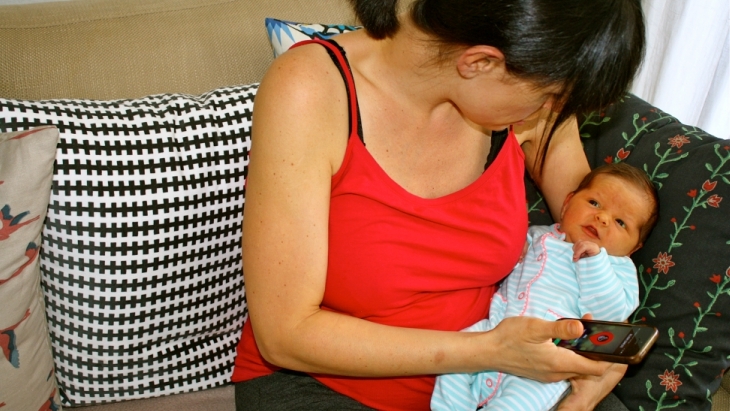 Anything You Need, Anything At All!

My partner told me about a new app called RUNA and said if there's anything I need, from coffee to nappies to a bottle of wine at the end of the day, the app will instantly bring it my door. After being in hospital and having people on call at the press of a button this sounded pretty good. But, unless the app can come over and hold the baby while I slowly crept to the shower, was there any real use for it? I considered myself to be a fairly organised person, and how much could I really need that I didn't have at home?

I soon found out that RUNA was like having an assistant who I didn't mind calling upon. And doesn't every mum need an assistant? As author Annabelle Crabb wrote, "I need a wife. It’s a common joke among women juggling work and family. But it’s not actually a joke."

So, what could my new 'wife' that I'd just downloaded to my phone do for me?

Desperate For A Coffee

Well, first up, when you're exhausted, instant coffee just isn't going to cut it, am I right? So, I cancelled that flick of the kettle and used the app to order a strong coffee from my local cafe. I figured it was a bit decadent to just order a coffee to be delivered so I threw in a freshly sqeezed juice. Again, it's extreme to ask someone to bring these items for me, but when you've just brought new life into the world, can you ever be asking for too much?! When the app told me it would be a 55 min wait my stomach sunk, I could just about (only just) crawl to the cafe quicker than that. 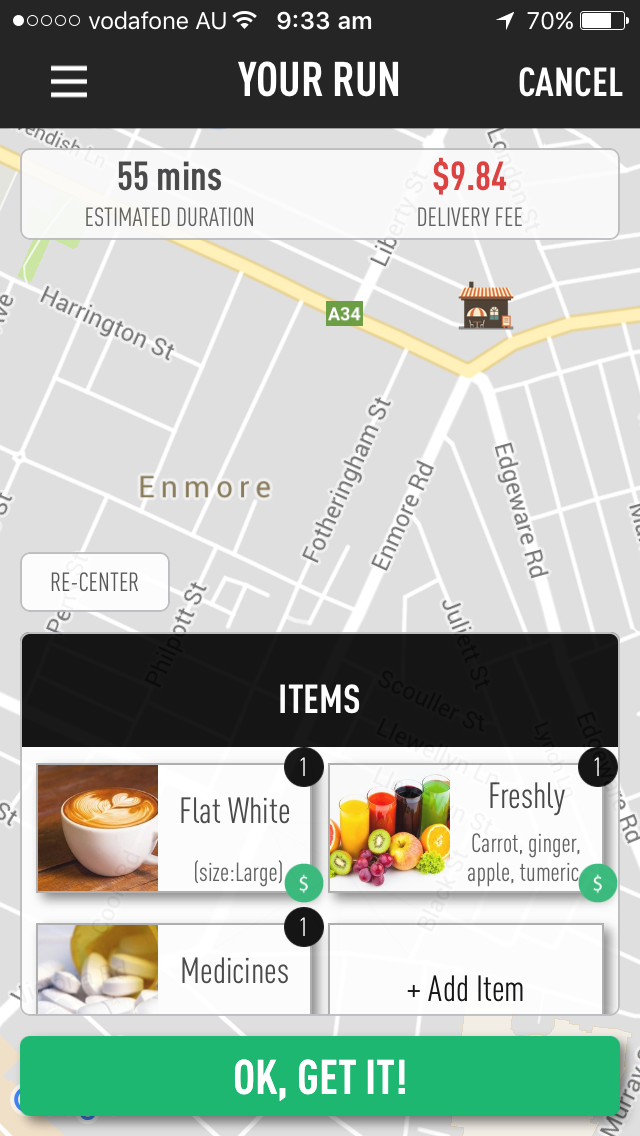 But the job was picked up right away, just like ordering an Uber, and the delivery guy told me via the chat box that he was on his way. He messaged to assure me that he'd let me know if he had any issues with the order. He showed up to my door within half an hour with the precious caffeine and vitamin hit that I needed.

Feeling hydrated and caffinated and on top of the world, my midwife arrived for our daily check-up. That's when I suffered my first defeating blow since giving birth. The baby, I was told, was losing too much weight. I wasn't producing enough milk. I was devestated. I knew this might happen (it happened with my first) but as the baby was latching on and seemed to be so content, I was sure that this time around I was going to be able to exclusively breastfeed. The midwife told me that I would need to top up with formula and advised that I start taking fenugreek tablets right away to help with my milk supply. Between the tears and that irrational, hopeless feeling of failure, I got out my phone and loaded up the RUNA app.

Coffee was self-indulgent, but this time I needed the app to help my baby. I naviagted my way to the chemist tab and typed in the formula that I wanted to use and added in the fenegreek tablets from the medical section. I had no idea if the chemist would stock either of these specific items and I began to stress that my delivery guy (some young dude in his twenties who had never fed a a baby, I assumed) would get it wrong. Would he read the label properly, would he just pick up the first thing he saw, I stressed? The person who picked up the job (his name was Mike) was there at my beckon call in the chat box to alleviate my stress. He thoughtfully sent me pictures of the items before he paid for them so I could confirm. And to make my judgement compltely uncalled for, had picked up the right items straight away. 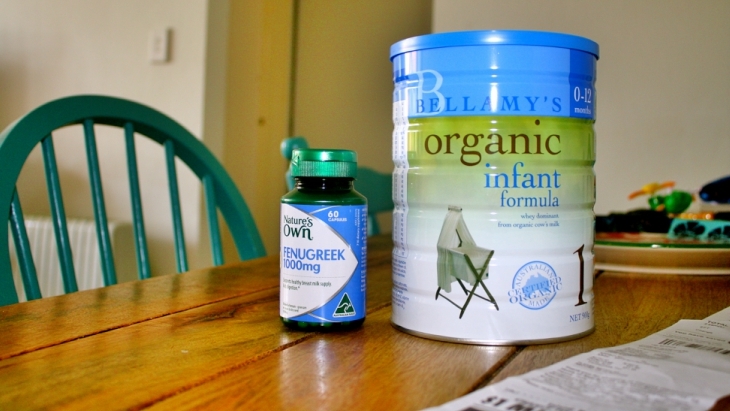 I could have kissed him when he arrived. Sure, I could have waited a few hours for my partner to get home, but when you find out that your baby isn't getting enough food, minutes honestly feel like hours. 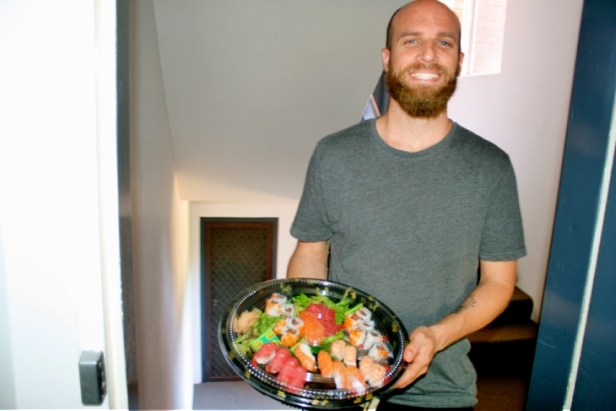 Getting over the initial shock and knowing in my heart that a fed baby is the most important thing, I decided that it was time to treat myself to something that I had been craving for months. Not wine (although that wouldn't go amiss). Sushi! My partner did tell me to use this for anything... and when cravings call.... you pick up your RUNA app and start typing! Within minutes, Mike had picked up the job (I suppose he hadn't gone far!) and was running to the nearest Japanese restaurant to pick up a platter of raw sashimi and sushi. 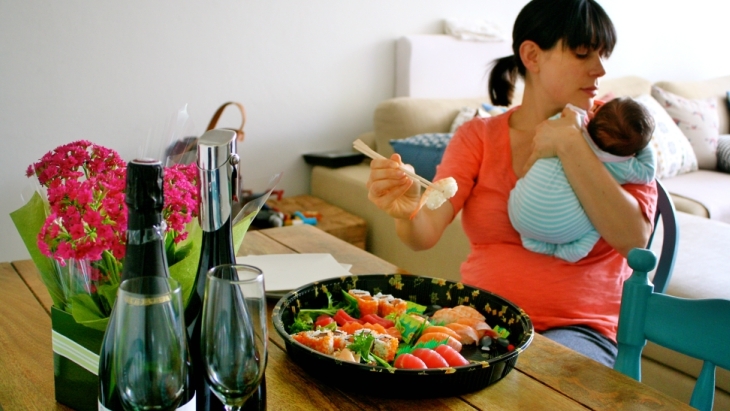 With the baby in one arm and a pair of chopsticks in the other, I felt like the cat who had got the cream. The baby was fed, I was fed. We didn't need to leave our precious cocoon. Now all we had to do was wait for my partner to get home so that the washing could get done. Hmmm come to think of it I did see a dry cleaning service on the app.... nah.... I'll leave it...

The RUNA app is available to download to your phone now on both iPhone and Android, and currently allows all Eastern Suburbs and Northern Beaches residents to order ANYTHING, literally anything from up to 3 different locations and have it delivered right to your front door on demand and in real-time.

Fees: The delivery fee is based on an algorithm which is $16xDelivery Time/60minutes. For example if your run took 30 minutes, you would be charged $8. They then charge 6% on the cost of goods (this is due to the runas doing more than than just collecting items - they're shopping, lining up, paying and delivering).