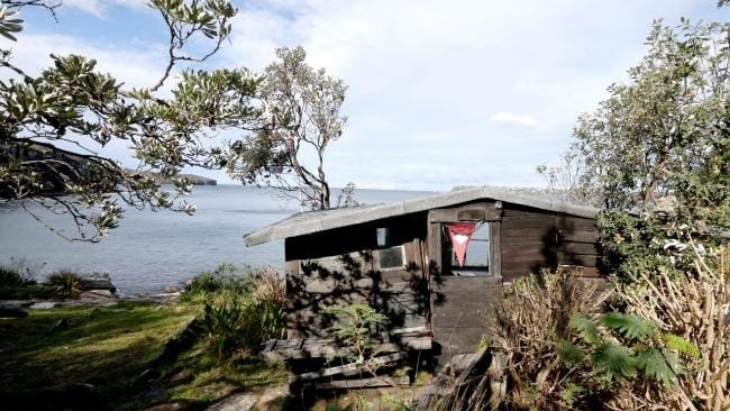 Nestled into the cliffs of Sydney Harbour National Park at Balgowlah Heights, these dilapidated-but-cute cabins at Crater Cove offer million dollar views out across Middle Head and outer Sydney Harbour. 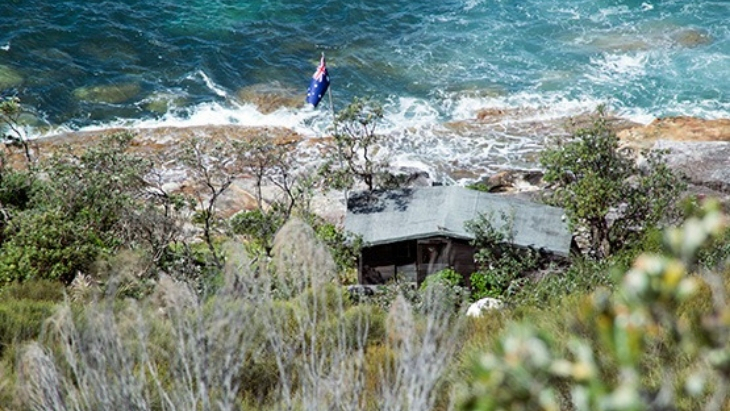 The huts were all built at different times—the first lot by fishermen in the 1920s who used them for short stayovers while fishing at Craters Cove, and in the 30s they were thought to be permanently occupied due to the economic hardships of the time.

During the Great Depression, people found it possible to sustain themselves in the area by building makeshift dwellings, fishing and growing their own food in carved out vegetable gardens at Craters Cove. 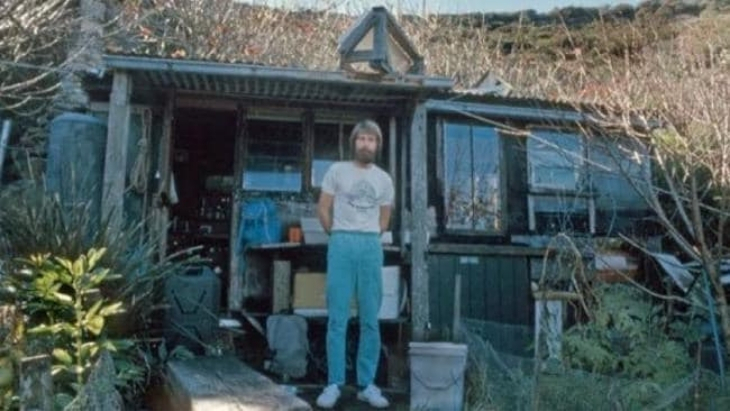 Others seeking solitude came to Crater Cove in the 1960s and other huts were built. In the 1970s and 1980s people permanently lived in the huts, enjoying idyllic views and an enviable lifestyle in a setting that many landowners paid millions of dollars for the privilege of, much to their disgust.

The cabins, however, have sat empty since the 1980s when the area was declared part of the national park, and a team of volunteer "guardians" now work with the NPWS to watch over the huts and maintain the surrounding area. Although the NSW National Parks and Wildlife Service doesn’t actively stop people walking to Craters Cove, visitations are not encouraged. In order to get there, people have to first find out about the huts (and the information is not widespread), then research how to get to them.

The fear of the NPWS is that if too many people stray off the popular walking track from The Spit to Manly to take a closer look at the fragile buildings, they could be damaged. The exteriors are dilapidated and their proximity to the water has taken its toll on the structures, which sink heavily and at odd angles into their foundations.

Where Are They Hiding? 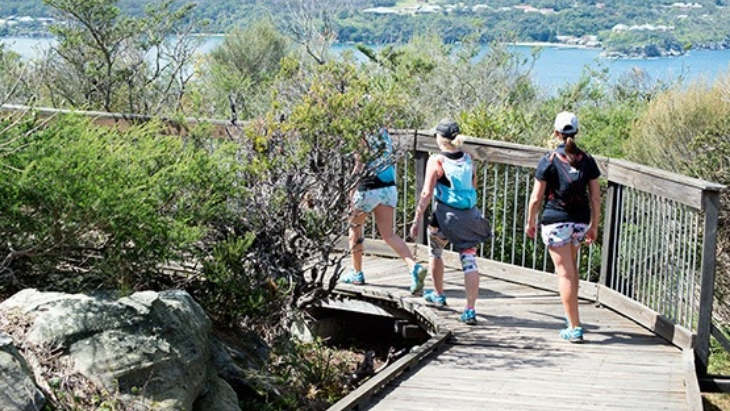 According to sydney.com.au, for most visitors, even finding the start of the Craters Cove Walking Track is a challenge in itself.

For those who seek out the walking track and follow it to Crater Cover, there is the satisfaction of entering a portal that provides a glimpse of a unique chapter of Sydney's history. The short walk also promises stunning views of the cliff-top huts and cove. But we don't recommend this, especially not with the kids!