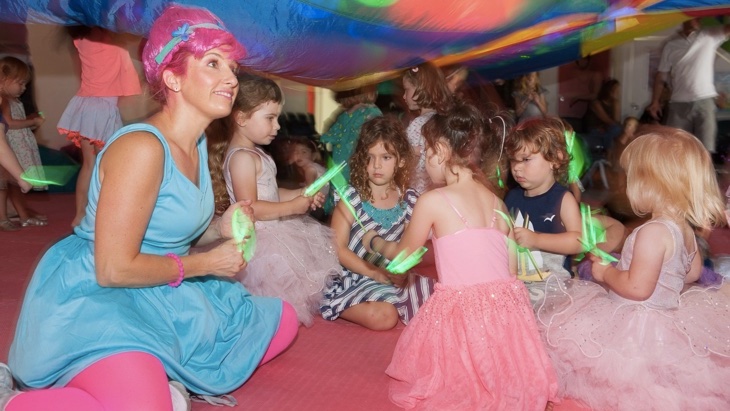 My dream of the perfect kids’ birthday party is to arrive….have fun….and leave. And there’s an extra big tick if the accompanying parents of the mini guests can sit back and chat while the kids are entertained. And this year, all my birthday wishes came true thanks to the remarkable team at Action Kids.

A Party Venue That Has It All

Adele, the talented and exuberant star of Action Kids, is famous in the Eastern Suburbs for her fun-filled music and dance drop-in classes. But you may not know that Adele also has a fabulous studio in Alexandria that is the perfect party venue. It has a large indoor area, with disco ball, bubbles, fluorescent lighting, high-tech sound, a cute outdoor play zone as well as a fully equipped kitchen. 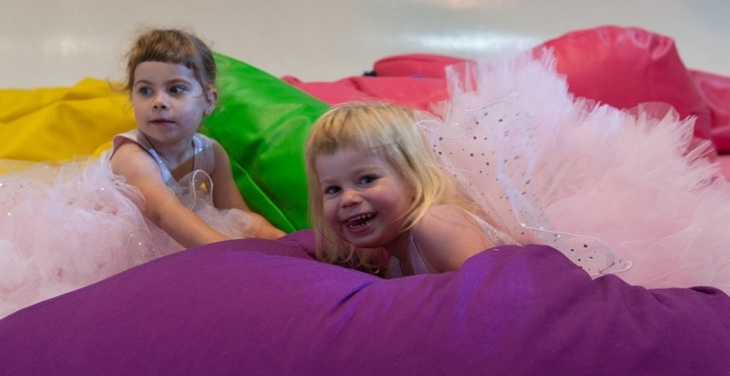 I had a challenge for Adele - a Trolls-themed party for my 5-year-old and 3-year-old twins - with entertainment that could span the ages. But Adele wasn’t fazed for a second - nothing was too much trouble and one or two emails later, the party was organised.

I chose to bring my own food and birthday cake (but Adele can help source caterers if you so wish). Set-up was simple as all tables and chairs were provided - plus I used the oven in the fully-equipped kitchen to heat up the snacks and the freezer to store the ice-cream cake. I bought along a USB with photos of the kids and these were beamed up on the big white wall to provide a personalised backdrop to the fun.

And then the real-life Poppy from the Trolls movie showed up and my kids could barely contain their excitement. Poppy (aka the remarkable Louise from the Action Kids team) was dressed to Poppy perfection with the signature lumo pink wig and blue dress.  The little guests arrived and bounced around on the colourful beanbags and feasted on multi-colour Troll cupcakes. 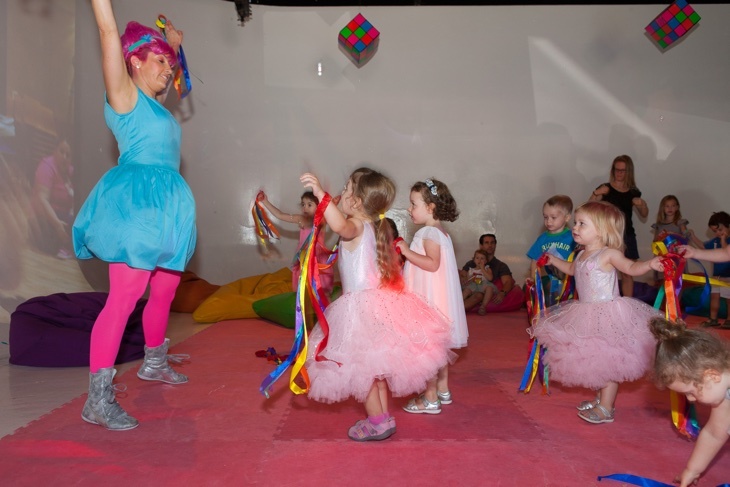 Every Kid Was On The Dance Floor

Poppy led the entertainment with fun action songs and bubbles and the kids boogied away to popular tunes from Trolls, Wiggles and Frozen. The children loved the props - the colourful scarves, the plush monkeys, the pom-poms and the ribbons. The action was high-energy and every child - from toddlers all the way up to teens - was on the dance floor laughing and enjoying every moment.

Poppy brought out the limbo stick and the kids giggled as they scrambled underneath and jumped over the stick. And then the parachute came out and the kids had a ball crawling underneath and billowing it up and down.  They were each given glow sticks and the fluorescent lights were turned up and the room was transformed into a sea of luminous green wiggly worms. 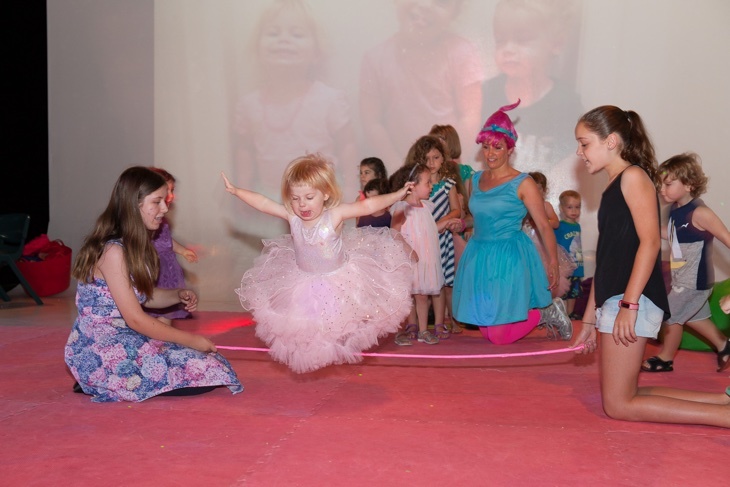 Adele then appeared adorned with a rainbow wig and handed out musical instruments and Troll wigs to all the kids and led them through a fabulous Wiggles medley.

After an hour of non-stop dancing and fun, we brought out the ice-cream cakes and everyone enjoyed a cone of Maltesers and marshmallow ice-cream.

Some kids then clambered around on the outdoor play equipment and enjoyed their party bags before saying goodbye.

A World Of Cupcakes And Rainbows

It was all just so easy - we collected the rubbish into bags, gathered any leftovers and left. Action Kids had created a world of cupcakes and rainbows and kept the kids entertained from start to finish. It really was the biggest, loudest, craziest party ever!

Action Kids will tailor-make a birthday party just for your needs - whether it’s a toddler party or a teen disco.

The Action Kids entertainers can come to you or you can hire out their studio in Alexandria.

For More details and to Book Your Party Visit The Action Kids Website.