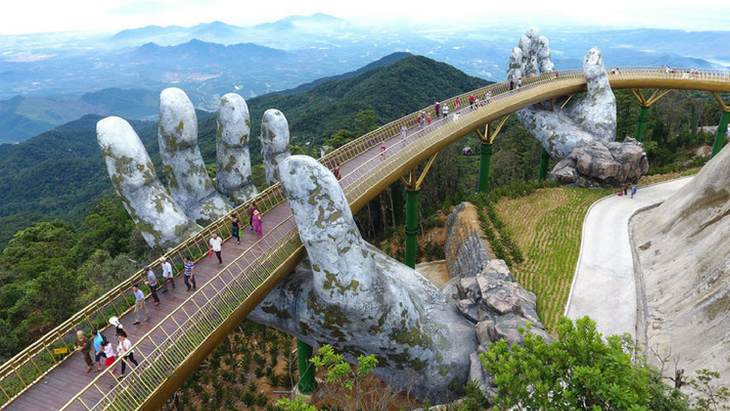 Guys, we’re from Sydney. With one of the most iconic bridges in the world at the heart of our city and imprinted on our cultural DNA, it’s safe to say that we appreciate an outrageously cool connecting structure — and this new one in Vietnam has well and truly blown our proverbial socks off.

In June 2018, Vietnam unveiled a new walkway just outside of the popular beachside destination of Da Nang — and visitors are obsessed. 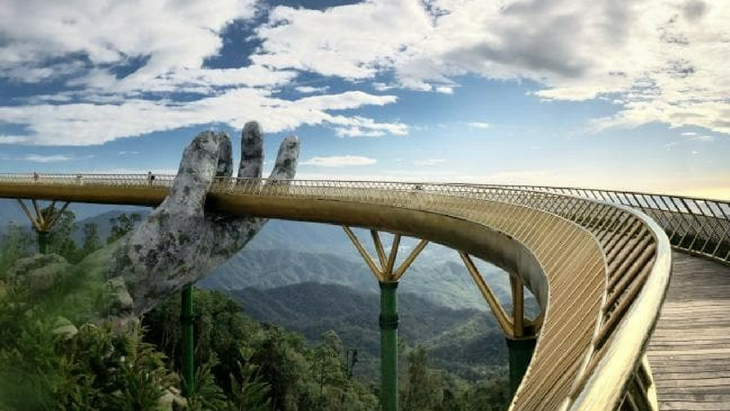 Designed by TA Landscape Architecture as part of a $2 billion investment to attract more tourists to the area, this otherworldly bridge is perched 1400 metres above sea level and extends over the treetops from the edge of the cliff face, offering tourists unspoiled views of the stunning landscape of the Ba Na Hills. Vu Viet Anh, design principal at TA Landscape Architecture told Reuters, “the golden structure snakes along a cliff edge, supported by two massive stone hands designed to look like “giant hands of gods, pulling a strip of gold out of the land.”

Vu Viet Anh explains, “it creates a walkway in the sky, among the foggy and fairy-like lands of Ba Na mountain.” How picturesque!

Da Nang has always been a prominent tourist spot in Vietnam, thanks to its unique mixture of city, mountains, beach and an unrivalled culinary scene — but the latest and greatest addition to the area might just see this popularity soar. With its almost Lord of the Rings aesthetic and breathtaking views, the uniqueness of the design is sure to be a pull for future tourism. 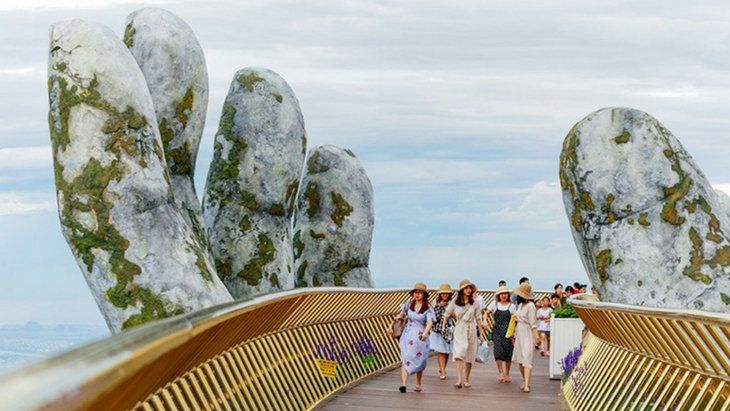 While it’s definitely too early to tell whether to not the bridge will pay off in terms of attracting visitors, here’s hoping it proves to be a handy investment.