The New Generation Of Casts 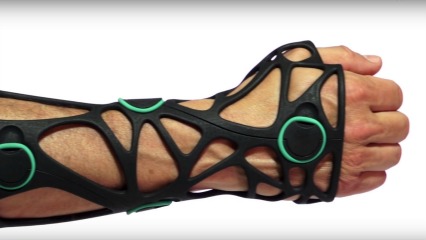 The future is officially here with these super high tech casts that we fear children might be deliberately breaking bones for! It’s called the Xkelet 3D printed cast and is way more moveable and breathable that traditional casts. We think it looks pretty cool!

The Xkelet cast was designed in Spain, currently undergoing European trials to get the go ahead for progression to the market. It is said to me much more comfortable, better for monitoring progress, easier to clean and keeps air flowing to the area. According to Fatherly, the snazzy design could reduce healing time and mean fewer progress visits to the doctor. At around $200-$500, we think it’s pretty reasonable given the state-of-the-art quality, having already won The Red Dot product design award for 2016. Such exciting news for skateboard loving and accident-prone kiddies!