The 2019 Ivanhoe Christmas Lights at The Boulevard: A Family Survival Guide! 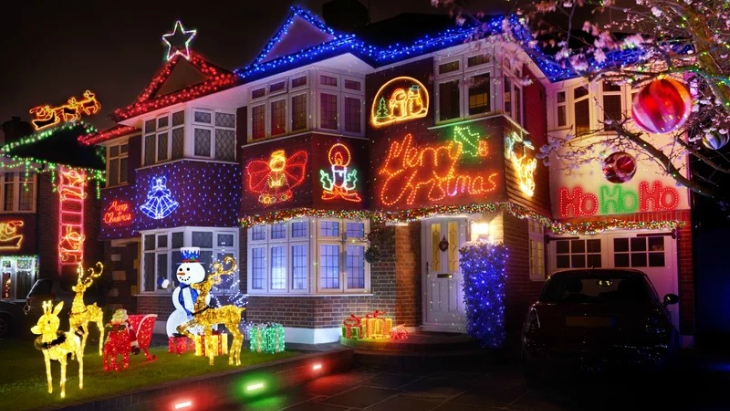 Be in Melbourne for more than five minutes in December, and you'll hear someone mention the Ivanhoe Christmas lights.

A real local institution, it's been estimated that more than 100,000 people wander along The Boulevard at Ivanhoe over 10 days, taking in the sights and sounds of a brightly-lit community Christmas wonderland.

What to Expect at the Ivanhoe Christmas Lights

A far cry from the handful of first lights strung up in the 1950s, the lights at Ivanhoe have now grown to encompass almost 2km of houses, gardens, windows and community spaces decorated with all manner of Christmas fun from inflatable Santas to nativity scenes - some of which are even set to music.

You can either walk or drive down The Boulevard (the street is converted to strictly one-way traffic for the duration) where you'll find the majority of the houses dressed in their festive finest.

There is a real carnival atmosphere as families mill around and buskers, bands and other live music provide extra entertainment.

Local community groups hold fundraising BBQs, there are coffee carts, ice cream trucks, and glow stick stalls, and there's plenty of safe space for the children to run around.

If you do choose to walk the route, make sure you duck down the side streets off The Boulevard, filled with even more Christmas lights and decorations along the houses there.

It is especially festive and fun on Christmas eve, with carollers getting everyone into the spirit of the season.

The Ivanhoe Christmas Lights: What You need to Know