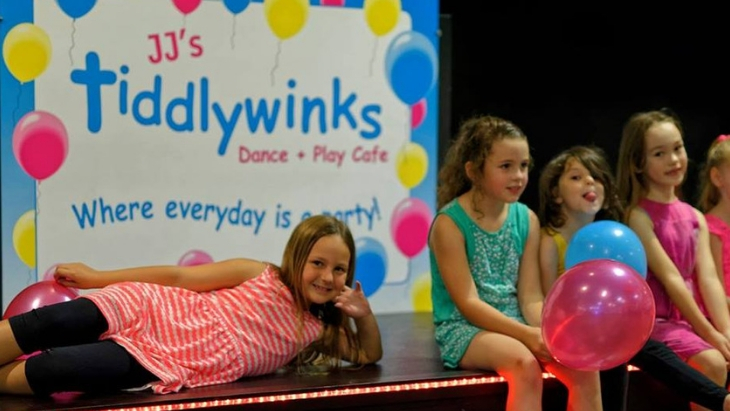 There are moments in our kids’ lives that stay etched in our memories. Walking through the doors of Tiddlywinks with my then two-year-old daughter Miss M is one of mine.

The Brisbane ‘dance and play cafe’ was just kicking off its 12pm kids disco, and after paying our $12.95 entrance fee we found ourselves on the dancefloor among a sea of knee-high young’uns and their parents with an atmosphere of buzzing excitement.

We’d barely made it a few bars into the first song, ‘Everything is Awesome’ from the Lego movie, when Miss M burst into a frenzied, ecstatic, energiser bunny-like jumping spree. All the while she looked around with glee and hysteria, like she’d discovered her purpose in life. The bouncing was so intense I experienced a rush of both pride and fear, whipping out my phone to take video after video, because she Would. Not. Stop. 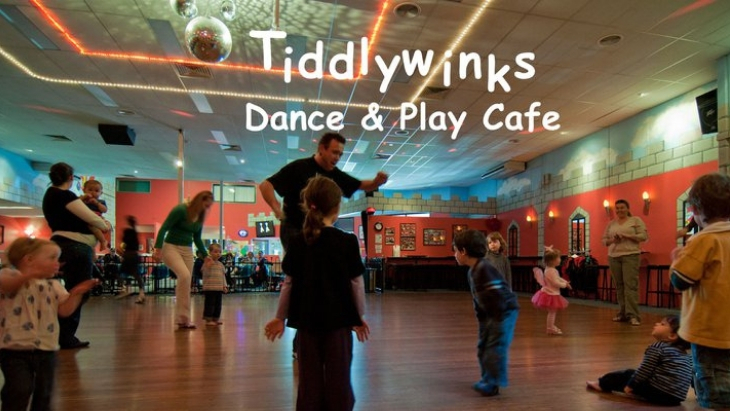 Great fun for adults too

I looked up and spotted our dance party leader DJ Colin up high on stage, possibly the coolest disco jockey to ever rock a Brisbane toddler disco. He was partly covered by the lights and smoke billowing from the stage.

For the next 30 minutes DJ Colin took us through a series of activities – he sang, rapped, taught the crowd hilarious dance moves, engaged in some kid-friendly stand up, administered stamps, taught the kids how to use dance ribbons and even led a game of limbo. The kids absolutely lapped it up – the whole dance floor was full of laughter and happy shrieks.

But back to DJ Colin – not only did he manage the bossy kids with ease, he drew the quieter ones out of their shells and had a knack for involving everyone in the interactive bits of the show – even the parents. Hell, I danced with abandon to the pop tracks harder than I had in years. And I loved it.

The kids will want to stay for days

After deciding to stay for the next disco an hour later, I chatted to a relaxed-looking dad in the toddler play area who confessed he and his wife take their two-year-old to Tiddlywinks every week. I admit, my first thought was “That’s a bit intense, but ok…”. Then I noticed DJ Colin making his way through the crowd talking genuinely to a series of families as he made his way out the back.

This was followed by Miss M throwing the biggest wobbly of her young life as I tried to compress her into the car. People stared like I was stealing her. And I thought to myself – this place has something special going on. 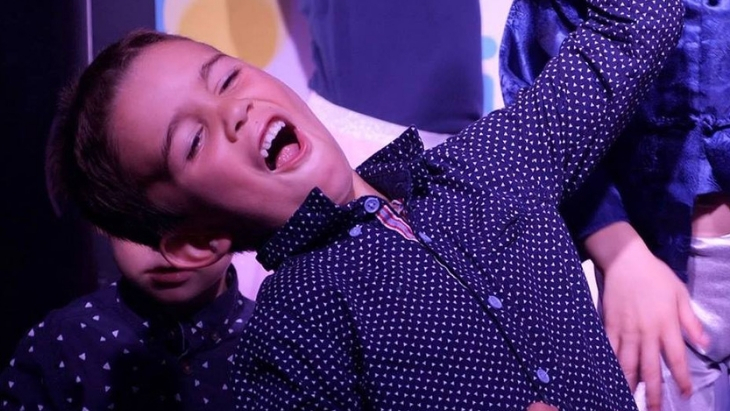 After returning multiple times, this is my take on what that special recipe is.

This dad of four has sang Frozen’s ‘Let It Go’ every day for the past six years and let me tell you, every time is like the first. This guy’s energy and ability to connect authentically with kids is off the charts. For us it feels like no two discos are exactly the same, and you always feel like that stage is exactly where he wants to be.

I’ve stopped going to the big chain play centres after an unidentified liquid dripped on me in a multi-level play area and my one-year-old son Mr J came down with a bug that left him home from daycare for a week. Tiddlywinks has more space, fewer kids, has always been clean when I’ve been there and my little ones have never fallen sick afterwards.

It’s just as fun on your own

Miss M and I have always visited Tiddlywinks on our own, and we just get absorbed into the crowd. It’s also taught my daughter how to put herself out there where the kids are encouraged to find a partner, which has been good for her social skills. On a selfish note, I like that I can drop in as the need arises without feeling the pressure to meet other friends with kids there, like I often do for, say, a trip to the park.

This place is essentially a G-rated nightclub for kids, and it’s a joyful sensory explosion on that dance floor. It’s a place where kids run, learn, play and make new friends. Now, tell me that doesn’t beat screen time any day of the week.

See the original article at Canstar