The Bizarre Fake Uluru On The Pacific Highway Has Burnt Down 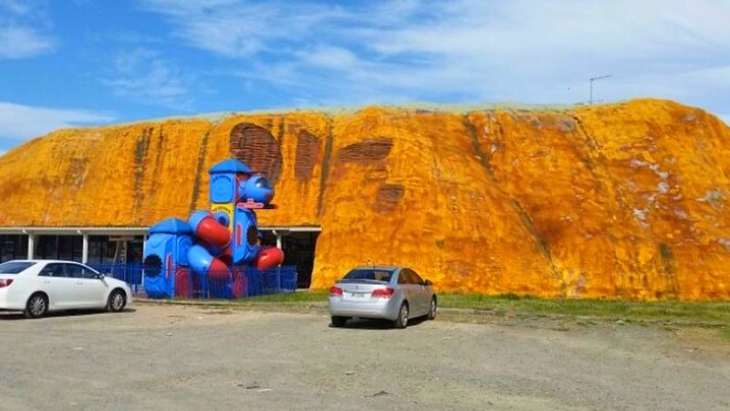 If you've ever travelled the scenic route to the mid-north coast then you may have passed by the rather odd Rock Roadhouse. Seemingly out of nowhere, the big fake Uluru replica emerges to the delight of weary travellers in need of petrol or a packaged meat pie. Well, it used to anyway.

Fire ripped through roadhouse near Hawks Nest last night and raged until the early hours of the morning. 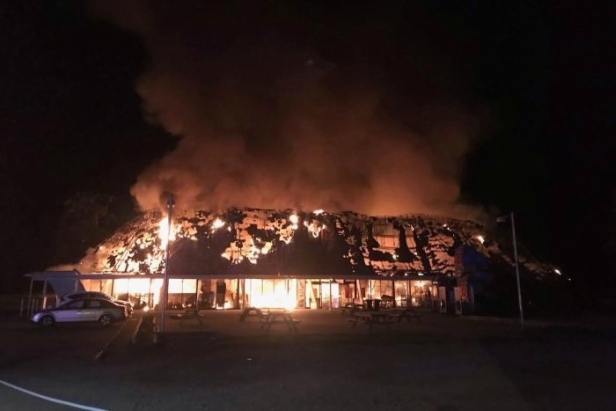 Inspector Ben Shepherd from the NSW Rural Fire Service said 18 crews were fighting the fire and ensuring it did not spread to nearby petrol bowsers.

"It is a local landmark and it is well known by many who travel that route, but unfortunately the structure has been completely destroyed by fire," Mr Shepherd said.

A crime scene has been established and police are urging anyone with information to come forward. The cause of the fire is yet to be determined. 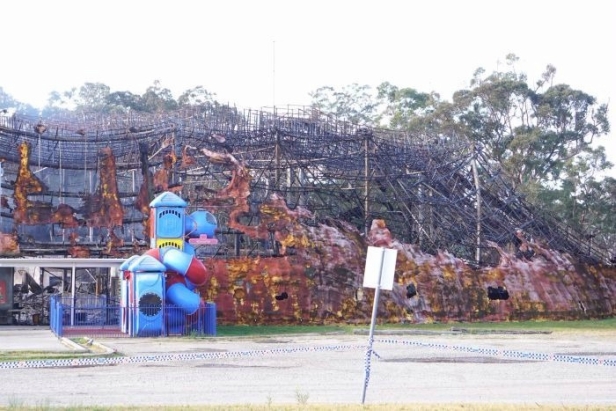 Why Is There An Uluru In NSW?

The 1/40 Uluru replica was built for Leyland Brothers World, also a rather peculiar 1990s theme park with amusement rides, the roadhouse and a bush camp.

In a surprise to no one, except maybe the brothers, the park went bankrupt and was sold in 1992.

The spokeswoman for the Leyland family, Sarah Dennis, told ABC Newcastle they were shocked.

"We are all absolutely devastated by the fire and our thoughts are with the current owners and their staff," the family said.

"The Rock was a dream to inspire Australians to experience our beautiful country."