The Benefits Of An Early Bedtime 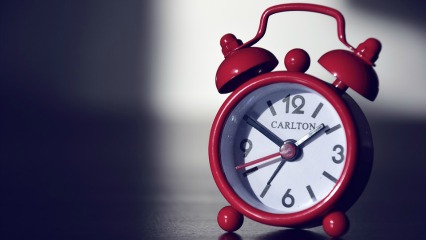 A new study published in the Journal of Paediatrics this month found a direct link between the amount of sleeping children get, and obesity.

The study tracked children from the age of 4 and a half to 15 years, and found that:

Basically, an early bedtime as a preschooler means kids are half as likely to become obese than children who get to sleep late. Children going to bed earlier will likely get more sleep than those that don’t- not getting enough sleep is linked to “changes in the hormones controlling appetite and metabolism”, Sarah Anderson from the study told CNN.

It’s not news that sleeping is good for you, but did you know that sleep affects attention, behaviour, learning and memory? Getting to bed early and getting enough sleep will positively affect your child’s behaviour, mood and cognitive development, as well as putting them into a healthy routine likely to continue throughout their lives.

CNN shared some awesome tips on how to sleep better- try these on you children to get them to bed nice and early.


Other Sleep Related Articles On ellaslist