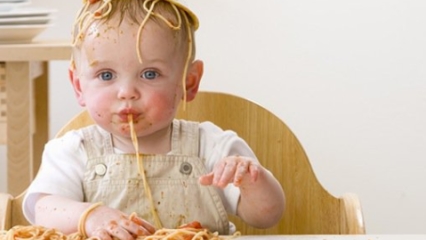 Have you heard about the Black Mocha café in Turramurra on the North Shore, who in a controversial move two years agoshut down its kid’s playroom due to unruly behaviour of both the kids and adult diners? The owners complained that kids were drawing on walls, breaking toys, using furniture as trampolines, screeching and more. While parents were accused of changing nappies on the table tops and then placing dirty nappies on top of dining tables or leaving them in the play room.

The Playroom that is no more: Black Mocha Cafe[/caption]

The owners felt parents should keep their children reasonably quiet and well-behaved during their visit to the café. In Black Mocha’s facebook post, they said:
“Black Mocha is not a Crèche, a play centre, your home, or an open park; it is a café. Just because the café provides toilets, a change table, playroom & a kids menu it, does not make it a kid’s cafe.”

Only Well-Behaved Kids are Welcome Here

There was a massive response to the decision – with a lot of support and a lot of criticism and of course a lot of mean and judgemental facebook comments (as always). You can read the backlash yourself on Black Mocha’s facebook page.

As a mum of three kids under four, going to a café with my lot can be challenging. No, we don’t let them run riot and we always tidy up after ourselves but I would resent a café staff member patronising me with a ‘Can you please ask your child to use an inside voice?’, as they are reported to say to parents at Black Mocha.

But on the café owner’s defence, it must be hell running a so-called ‘kid-friendly’ cafe (I don’t think I could do it even though I am forever thankful for those who do).

The Black Mocha incident is not new. Last year, an organic cafe in a leafy suburb in London, banned children under five.

The frustrated cafe owner (who is also a mum of a toddler) claimed parents with massive prams who let their children “run riot” are ruining the experience for other customers.

As reported in the Evening Standard, Organic Kitchen Owner, Hilary Penning, is unrepentant about her decision, which she announced by posting a sign on the door.

She said: “There’s been far too many instances where mums come in with newborn babies and allow the children to cry and cry. Some parents have come in for up to two hours with their children crying.

In light of these incidents, we have put together a list of the top things about our kids that drive café owners crazy (even enough to bash down their playroom).

1. Taking your Own Food

We would never think about bringing our own bread to snack on when we go out to a restaurant with our mates. But sitting at a table with kids, parents lug out a suitcase full of snacks and kiddie food. I’m guilty of bringing my kids’ lunchboxes with to a café – but finding food on the menu that three toddlers will eat is tricky (and expensive). Some cafes go so far as having signs warning diners not to bring their own food into the café.

2. Leaving a Disgusting Tornado Behind

You don’t have to tidy up – you just have to trash the place! It’s probably this no-care attitude of mums and dads that have sent café owners running for the hills. It’s so easy to let loose when it’s not your house and your property. Kid throws food all over the floor. Oh, never mind, we’re paying. Someone else can pick it up. This is probably the one thing I feel quite strongly about and I’m always on my hands and knees after a restaurant meal picking up gobs of food my kids inevitably leave behind.

Kids will be kids! But a toddler that has a full-on tantrum in a café without parents intervening can drive other diners’ nuts. I don’t think it’s realistic to keep kids silent but I guess there’s a limit. If your child is running through the restaurant screaming like a banshee, they will most likely irritate everyone else around them. Bring the ipad if you have too – it’s the best antidote for noisy kids.

One of the top complaints from the owners of Black Mocha was that parents were changing nappies on table-tops, couches and the carpet and then leaving pooey nappies lying around. Yuch! Come on, guys, this is a place where we eat!

When there’s no change table provided, I say change wherever you have to but please take your dirty nappy home with you or dispose of it in the bathroom bins if you have to. I would hate to clean up someone else’s kids dirty nappies.

Kids are just being themselves – boisterous, noisy, messy and energetic. Most café owners probably gripe less about the kids and more about the parents who don’t take any responsibility. You know the type – they put the kid at the end of the table with nothing to do, ignore him completely and expect him to be quiet. Yeah, right! And when he kicks off, they continue to ignore him. Many parents are respectful and conscious of their kids – but heaps aren’t. Probably a massive reason why there aren’t more kid-friendly cafes around.

6. Table Accessories are not toys

Oh no, I forgot the ipad, the toys and the colouring in books. What can I do to keep the kids busy. Ah, the sugar packets. Yes, I’m one of those mums who has handed my kids the bowl of little sugar packets and the salt and pepper shakers and let them go wild, just so I can have a few minutes of conversation. Of course, I intervene once things get out of hand and the floor resembles a snow field. But at least they had fun! Yep, Café Owners would not like me.

And to those cafe owners who, despite all these issues and irritants, still make our kids feel welcome – THANK YOU!

There are places like Hide and Seek Cafe, Backyard Italian, Grandmas and many more that even offer a dedicated play area for kids. And it’s pretty much a guarantee that you won’t be kicked out.