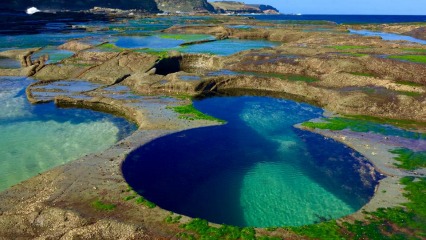 The National Parks and Wildlife Service has issued a serious warning after this increasingly-popular swimming spot’s 70th injury in the past year alone.

Found in South Sydney’s Royal National Park, the figure 8 pools have attracted locals, tourists, families and pretty much anyone keen on a seriously beautiful Instagram shot. Whilst the pools are quite a sight to behold, they are not without their risks. Some of the warnings included in the National Park’s website are: As you can see, they really try to deter pool-goers! If you’re still keen to brave it, then be sure to do as they say and avoid the pools if it’s stormy, mid or high tide, at the very least, as well as packing everything you might need for a 3-4 hour bush walk, including a minimum 2 litres of water. Best to read the checklist before you set off on this big adventure.

If this warning worked, then try the Park’s other suggestion for a beautiful outdoor adventure, or as they put it “Instead of breaking a limb at Figure 8, try some other beautiful places to snap a selfie.” They recommend the lookout at South Head in the Sydney Harbour National Park, but we recommend one of Sydney’s secret beaches, a waterfall near Sydney, or one of Sydney’s best rock pools.