Only 4.8% Of Children Are Eating Enough Veggies 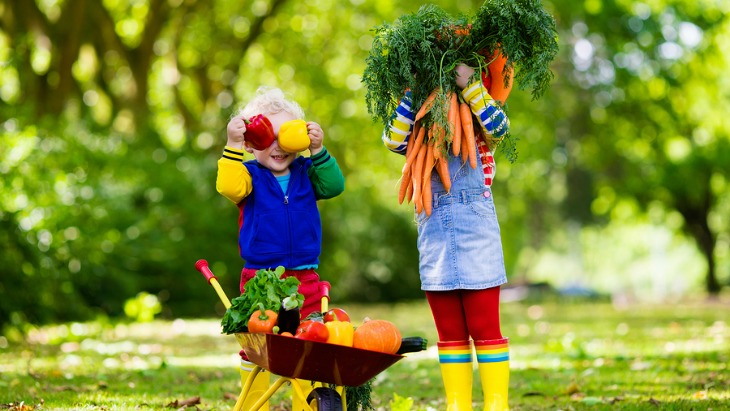 Only 4.8% of children aged 5-15 years old are eating enough vegetables, according to a new report by the chief health officer of NSW, Dr Kerry Chant.

In addition to this dismal statistic, only 62% of kids are eating enough fruit, only 30% of children are eating more than half the recommended daily intake of veggies, and a shocking 1 in 5 Aussie kids are considered obese or overweight, according to the Sydney Morning Herald.

What Else Was Found?

Chant's report also found that 50% of our kids are indulging in treats daily that should only be enjoyed occasionally like cupcakes and chocolate bars. It was found that more than half eat unhealthy foods like hot chips on a weekly basis, and 41% of kids eat takeaway foods that are often high in fat and sugar at least once a week. In better news, 55% of kids rarely or never sip on sugary soft drinks, one of the only stats to show improvement since the last report was done. 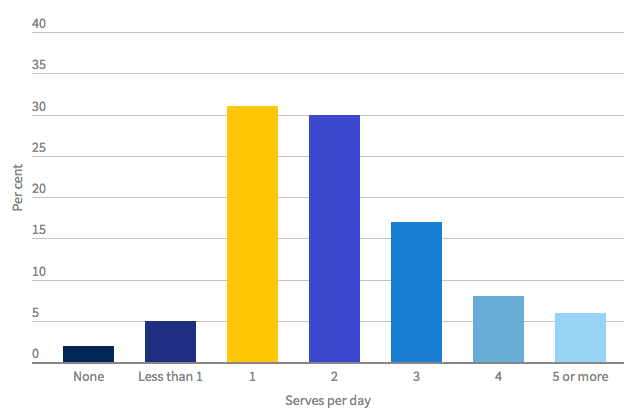 Something Needs To Be Done

Dr Chant told the SMH: "We have a bold target to achieve a 5 per cent reduction in childhood overweight and obesity by 2025. Failure is not an option but it's going to be tough."

For many parents, getting their little ones to up their veggie intake, or to even get any veggies to pass their lips at all is a total struggle. Chan suggests to lead by example and try eating more vegetables yourself and to persevere in the dinner time battle as it can take up to 10 tries of a food before a child starts to like it or accept it.

In terms of fostering long-term healthy habits and combatting excessive weight gain, it's best to act whilst your kids are still kids. According to the SMH, weight gain in children can lead to low self-esteem, discrimination from their peers, and are less likely to engage in sports. Chan said: "Overweight and obesity can contribute to cardiovascular disease, stroke and cancer, as well as muscular and skeletal issues due to excess weight and diabetes is a key issues."

We're stating the obvious here, but get those veggies into your little ones! If only it were that easy....