New Study Shows How Much We Argue With Our Kids - Parents, You're Not Alone 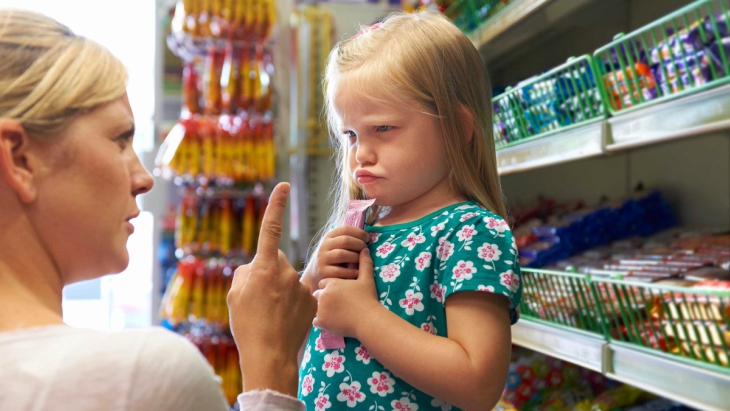 If you feel like every day is a battle with your kids, then it's (kinda) reassuring to know that this is happening in pretty much all households.

A recent survey of 2000 UK parents with kids between two to 10 has found that they end up bickering with their children on average six times a day.

Just to drill it down so you can feel better (or worse), that's an average of 48 minutes a day arguing, which totals 12 days a year. Yikes - that's like one whole day a month.

Or if we were in the boxing industry, that's 2184 fights a year. Ouch.

You probably won't be surprised to learn that the most common argument brought up by parents is all to do with food.

Parents are finding they argue the most often with their kids when they catch them sneaking lollies, refusing healthy snacks or declaring war on their greens. And The Winner Is...

It seems that children tend to come out as winners in the bust-ups.

Kids take the trophy in six out of ten arguments, with parents tending to use reward charts and treats to goad their little ones into good behaviour.

More parents are resorting to handing out extra screen time or using an increase in pocket money as an incentive. Which can also backfire...

A spokesperson for Capri-Sun juice, which carried out the study (an odd source but we'll take it from anyone who makes us feel less alone) , said: “Many parents believe reaching a compromise is the best way to keep everyone happy. Mums and dads have the tricky task."

Well there you have it, we're all doomed. If you need to purchase an extra bottle of wine a month you really shouldn't feel guilty...