Most Toxic Items At Dollar Stores 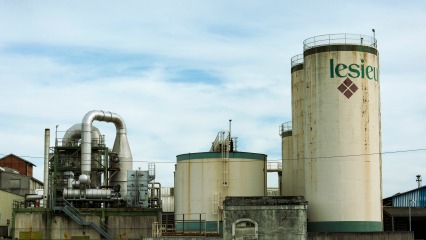 We didn’t see this one coming! Apparently, all those nifty, cheap as chips accessories and handy items come at a cost greater than you think: a study in the US found that 81% of the products in bargain basement stores contained one or more hazardous chemicals.

But what’s so bad about chemicals? Healthy Stuff reported levels of “antimony, arsenic, bromine, chlorine, lead, mercury, and tin” among other chemicals, which are known causes of/associated with, according to Country Living, diabetes, cancer, kidney disease, thyroid disease, asthma, diabetes, and even learning problems and birth defects.

Here are the top 10 products to avoid from dollar stores according to the study, should you ever find yourself in one. Thanks to Country Living for the run-down:

Phone chargers, USB cables, and extensions cords- these were found to likely be made with PVC, a.k.a a cancer-causing chemical. Plastic kitchen utensils have been found to be made of brominated flame retardants (which make products fire-resistant). BFR has been linked with cancer, impaired brain development and birth defects. Always buy stainless steel utensils!

Though they are bright and protect your table, these reusable table covers were found to contain high levels of lead- particularly harmful to unborn babies, known to be linked behavioural and brain problems. Try to get a cloth or disposable table cover instead! Metallic Christmas garlands tested positive for BFR’s, which as aforementioned, can cause a variety of problems with thyroid, memory and the like. Opt for clear plastics which are usually BFR free, or go the paper-route.

These tested positive to high levels of DEHP, a kind of phthalate. Phthalate exposure has been linked to asthma, allergies, type 2 diabetes, testicular cancer and more. As such, 6 kinds of phthalates have been banned from being used in children’s products, however there is a loophole: technically, silly straws aren’t kid’s products, so they’re allowed to have DEHP.

These stick to the floor to stop you slipping over, however were found to contain both phthalates and chlorine. Apparently, if a product says ‘vinyl’- it’s better to just avoid it.

String lights were found to have bromine and chlorine (linked with asthma and cancer) in them- merely touching them and then putting your fingers to your mouth or such is enough to be harmfully exposed to such chemicals- scary stuff! Scarily, this is definitely something we’d purchase from a dollar store if we happened to be in one with kids. They were found to contain lead- when sucked or scratched, the exposure, even if it was only small, can negatively impact a child’s brain development. Similar to children’s jewellery- who doesn’t remember having an array of these necklaces in different colours that you’d loop around your neck again and again? These tested positive to bromine.

Used to decorate windows and children’s bedrooms, steer clear of these innocent-looking stickers. Why? They were found to contain PVC, perhaps one of the most hazardous plastic materials out there.