Morning Sickness Is A Good Thing 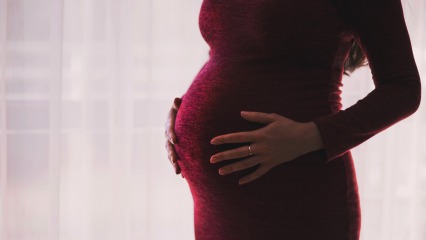 It’s the news that is sure to be met with eye rolls from pregnant mums globally that are currently hunched over the toilet bowl: morning sickness is a good sign! Although, scientists still don’t know why…

According to Science Alert, scientists have found the most convincing evidence to date that vomiting and nausea in the early stages of pregnancy is linked to lower levels of miscarriage. If smells are making you sick, keeping food down is a struggle and half your day is spent queasily slumped over a plastic bowl whilst your face turns green, just remember: it’s for the best!

Epidemologist Stefanie Hinkle from the US National Institute of Health who lead the study said: "It’s a common thought that nausea indicates a healthy pregnancy, but there wasn’t a lot of high-quality evidence to support this belief. Our study evaluates symptoms from the earliest weeks of pregnancy, immediately after conception, and confirms that there is a protective association between nausea and vomiting and a lower risk of pregnancy loss."

In the study by the US NIH, 797 pregnant women’s symptoms were self-monitored weekly, and 188 of those pregnancies eventually ending in loss. Of the women surveyed, 57.3% of the women reported experiencing nausea and 26.6% reported nausea with vomiting. These ‘morning sickness’ victims were shown to be “50 to 75 percent less likely to experience a pregnancy loss, compared to those who had not experienced nausea alone or nausea accompanied by vomiting.” Are The Results Mere Throw-Up?

However, it is important to note that the women in this survey had all had a prior miscarriage, so this could have potentially affected results, as well as the fact that women self-monitored their morning sickness symptoms, and the fact that the sample of women “was conducted within a rather homogeneous sample of women, which may limit generalisability”.

Hinkle told TIME: “It’s a hard time the first time you get pregnant, and then you throw on feeling sick and exhausted. This should provide some solace and reassurance to women experiencing these symptoms that they have a healthy pregnancy.” To mums out there currently going through hell, don’t give up!