Kids Go Free + Cheap Pies At The AFL This Weekend! 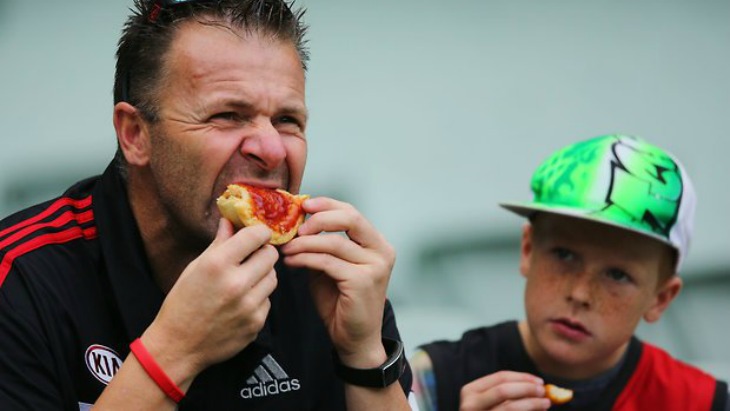 Round 23 is a great week to take your kids to the AFL, because they get FREE general admission to the MCG, Etihad Stadium, the SCG and Simonds Stadium (excluding the West Coast vs Adelaide clash).

Kids under 15 years are included in the offer, which is expected to help this year's attendance records beat the record-breaking 2011 season. Before the bounce, you can even purchase pies for just $2 at all participating stadiums, so get 'em while they're hot!

AFL clubs and broadcasting general manager Travis Auld said: "These initiatives are part of our continued commitment to constantly improve match day experiences and affordability for footy fans, and thank you for turning out in record numbers during the 2017 Toyota AFL Premiership Season."

There will also be various family friendly match day experiences across the stadiums including major giveaways, kick-to-kick after the games at four of the nine matches, as well as the Woolworth's AFL playground at the MCG and Etihad stadium. What better time to get the family down to the footy?

$0 kid's tickets are available at the door or online.