Kid❜s Drones: Which Are The Best? 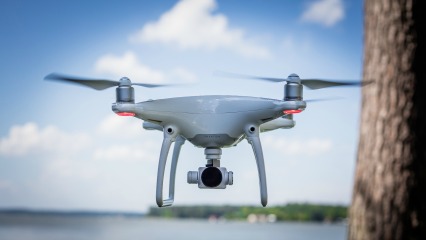 It seems that Drones are at the top of little boys’ and girls’ Christmas lists in 2016! Finally, a toy that merges technology (that kids can’t seem to tear themselves away from) with getting outside, away from screens and into the fresh air!
This one is sure to be hijacked by every parent at some point- they sure are fun, and the crashes are real. Hone your child’s fine motor skills this Christmas and indulge them in the latest craze; here’s our rundown of the best drones to buy to help you out.

The smallest quadcopter in the world! It fits in the palm of your hand- measuring 4cm by 4cm. It flies for about 5-8 minutes with one charge. It has a full range of movement (up, down, forward, backward, rotate right, rotate left, drift, hover, tumble). It comes in pink, orange, blue, green, black, white and silver. A great one for kids and beginner drone-flyers. As with a lot of the small drones, this one needs to be flown indoors.
Where To Get It: It ranges from about $93.99-$95.99 inlcuding postage on Zoxoro.

The smallest drone with a camera on the market! The camera will take videos and record aerial footage, saving it to a micro SD card. It’s easy to control, and flies for 5 minutes at a time. It performs stunts in the air too.
Where To Get It: It’s currently selling for $49.45 on Aus Electronics Direct.

This one flips forwards, backwards, left & right, and also does pirouettes and rolls. With most of the other mini drones listed, they are only able to be flown indoors, but this one has an outdoor flight setting too which is pretty good considering the reasonable price! It flies for about 5-6 minutes at a time and can be remote controlled from up to 40 metres away.
Where To Get It: Available on Zoxoro for around $127.99.

Older kids will love this one! This drone flies…and rolls! The removable wheels can take this creature across floors and up walls, performing 360, 180 and 90 degree turns! Take the wheels off and you can fly it both indoors and outdoors, at impressive speeds, lasting for about 8 minutes at a time.
Where To Get It: Dick Smith is selling this creepy crawlie for around $141.00.

This one looks pretty darn cool, and again, it’s more suitable for older children & teens. The propellors of this one is inside a gypro ball- so it won’t be damaged and cause damage itself, unlike many other drones. The infra-red remote controller has 3 channels. Take this one around corners and through the air on imaginative out-of-this-world missions.
Where To Get It: Available on Australian Geographic for around $39.95.

Another one for older (and very lucky) kids and teens. This 6 axis UFO drone is a stable flyer and easily operated, and can be flown both indoors and outdoors. It flies for around 10 minutes, longer than any other drone on this list and it can fly in strong winds too.
Where To Get It: Selling on Zoxoro for $193.99 (without a camera).