Have This $1 Coin? You Could Be A Millionaire 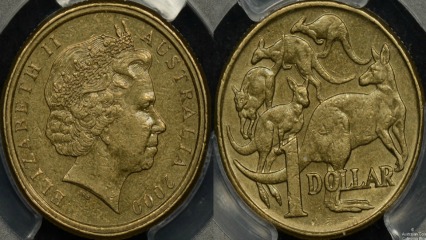 Well, maybe not a millionaire, but a thousandaire, for sure. A fault at the Canberra mint back in 2000 has lead to the creation of a faulty $1 Australian coin, that could now be worth between $400 and $2,800.


Let’s Go On A Treasure Hunt

If you have a jar of coins you’ve been saving for a trip to Bali, it might just be time to have a good sieve through it. The ‘10c mule’ must be dated in the year 2000, with a thicker rim than usual on the Queen’s head side, appearing to be double-rimmed. The quality of the coin- considering that they have been in circulation for nearly 2 decades, will largely influence the price you could get for this little gem.

The Australian Coin Collecting Blog gave Aussies the tip-off to be on the lookout for these rare coins, with a list of what they have currently sold for on ebay, including: $1,507 on 2 March 2017, $2,450 on 8 February 2017, and $2,742 back in April 2016. They explained: “The mule was made when a technician at the Mint in Canberra accidentally paired the mob of ‘roos dollar reverse with the Queen’s head obverse, normally used for the 10 cent piece.”

Get digging in those wallets, coin jars and deep in those pockets, people!