Get Your Child To Behave Without Bribery 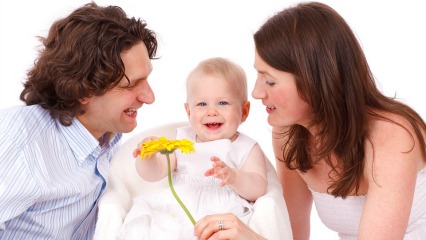 Ice cream, lollies, sticker charts, extended time on the iPad… we can all admit to using bribes like this to get children to bend to our will. Here are some tricks and tips on how to get your child to behave in the right way, but not just to score a treat or to avoid punishments like time-out.

It’s true that the more control you try to have over your little ones, the less you end up with. Ross W. Greene, a clinical child psychologist believes in the influence over control theory- which basically means, working with your child to problem solve squabbles and power struggles rather than telling them what to do. This can be done in a number of ways!

In the heat of the moment, when children are throwing tantrums, refusing to eat vegetables, causing a mess in restaurants… it’s hard not to succumb to the frustration and lash out with a punishment, bribe or a firm hand. Waiting for this sticky moment to pass and coming back to it later when both parties are cooled off, will lead to you more likely being listened to.

Give children a little pre-warning. It can often feel like as a parent, all you find yourself saying is “No, no, no!” If there are particular behaviours that are important to you, like gentle play at the playground with other children, then talk to your child about this before you arrive and give them a chance to avoid making you scream “NO!” or wip out the treats.

Believe it or not, your children actually want to be partners with you! Recruit them in the decision and problem solving processes when issue arise- for example, if they’re refusing to let you put their shoes on, Dr Greene says to start employing the term “I wonder.” Say “I wonder” if there was a kind of shoe you’d like to put on?" Get their ideas, and maybe find one that both you and your little terror can agree on.

Children’s blatant refusal to do something might be due to an underlying reason- so ask them! If they refuse to get their shoes on, maybe it’s because they’re uncomfortable, or the wrong colour. Ask them why they don’t want to do something. If your child is strong willed just for the sake of it, then explain why shoes are important- they don’t want nasties cutting their feet, surely?

Hopefully these can help you raise a child whose moral compass and behavioural patterns aren’t just based on a reward-craving, punishment avoiding basis. Have any interesting ways you get your children to behave? We want to know! Comment below!