Get the Party Started with Andy❜s Antics 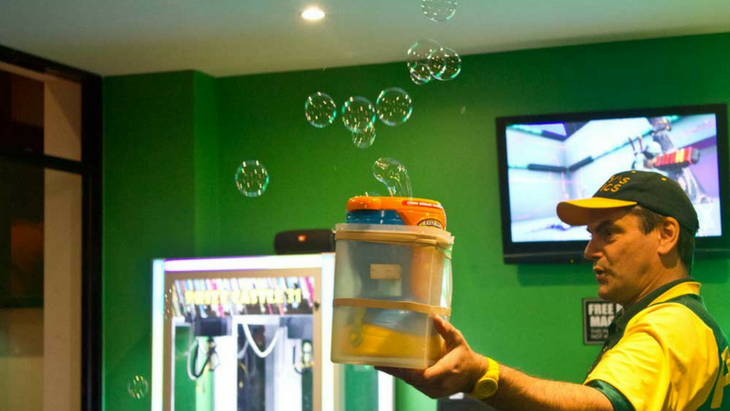 If you’ve ever hosted or been at a party where the vibe is flat and the kids are bored, you’ll know the pain of a party gone south. It’s the worst!

Luckily for us Melbournites, we have Andy of Andy’s Antics to put a spring in everyone’s step (and if you’re not on your guard, probably a novelty one on your seat when you’re not looking!). Super-high energy and a good time for both kids and adults, Andy will bring the party to you - and his partying skill is turned up to 11.

The only downside of Andy as your entertainer is that the kids are likely to be devastated when the party’s over (we had two bawling children on our hands when we had to leave one of his shows early, I thought they’d never forgive me), because time will fly. 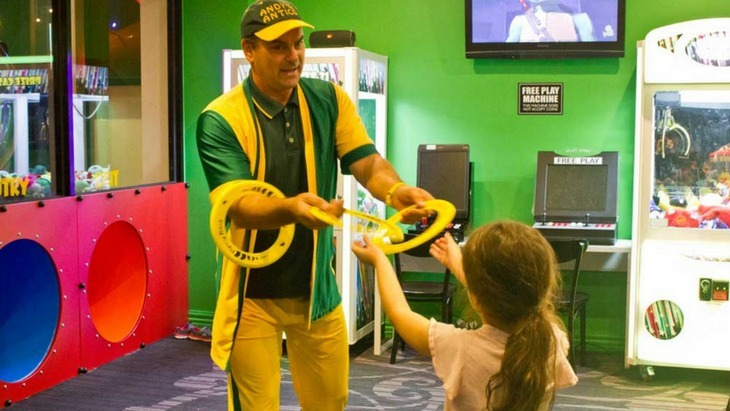 He is excellent at judging the size of the space you have and what kind of games he can safely manage to play within it. My family and I attended a show at Skyways Hotel on a Monday night, and I was a big fan of the frisbee game which he made do-able for even the littlest spectators inside a small-ish playground room, and the remote-control car that could drive on the ceiling! My kids thought the practical jokes played on willing parents (one that involved a mini toilet) was a highlight. It was obvious Andy has never lost his ability to see life through a kid’s eyes and what would get the biggest laughs from them.

What can you expect for your 3-16 year old set?

An insane amount of fun, including 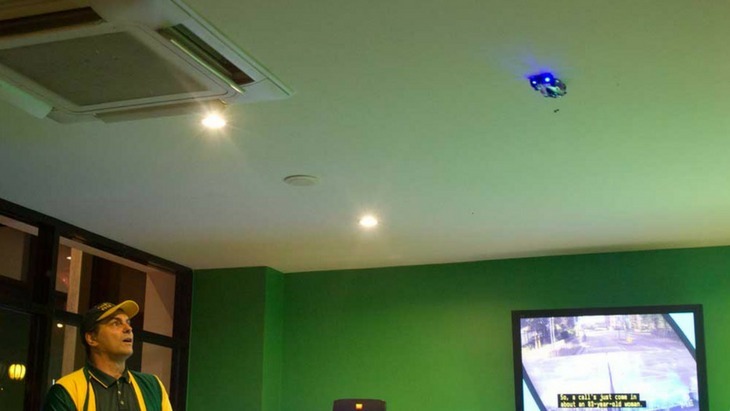 “Fully qualified in showing off”, Andy is never still for one hot second - he’s always on the go with fun magic tricks, sporty games, mega-bubbles, a steady stream of jokes, and the actual never-ending music (start brushing up on your footy songs now).

From a background in security (where he says dealing with drunk adults prepared him for dealing with kids) to hotel comedy chef where kids would wait especially for his shows, Andy ended up as a family entertainer, and has honed his craft for more than 20 years. He’s wacky to the max and kids and adults alike can’t help but be swept up in his enthusiasm. Birthday Party Cost: Andy’s rates start at $150 for 60 minutes, and is also available for 90 or 120-minute slots (you’ll need a nap after that!), and hilariously, he’ll come and entertain your adult’s birthday, trivia night or fundraiser where you will “party like it’s 1999, from $199”.

FREE Shows: Make sure you catch him at one of his free shows 6 nights a week at hotel bistros across Melbourne - eat your meal in peace while he keeps the kids occupied! I know, I thought it was a dream too.

Book Andy's Antics: To find out more (and see Andy’s impressive collection of mullets through the years), head to www.andysantics.com, and to book, call him on 0402 091 965.