All Aboard Dinosaur Train: A Live On Stage Spectacular I can just imagine what the creative pitch went like when the Jim Henson Company presented this idea to the execs. "What do kids like?"

Bingo. Your kids' new favourite show is going to be Dinosaur Train! And they were right. The winning formula of trains and dinosaurs came to life with Buddy, a preschool-aged Tyrannosaurus Rex and his adoptive Pteranodon family who travel on a special train meeting all kinds of dinosaurs.

Aimed at kids ages 3 to 6, parents love it too because it allows kids to apply scientific thinking as they discover new types of dinosaur species, compare and contrast dinosaurs to today's creatures and embrace the living sciences of palaeontology and natural science. As a parent, I've even learnt things thanks to the show's input from palaeontologists. Like the Michelinoceras which is an extinct member of the cephalopod related to today's squid! Here I was thinking it was an expensive restaurant! (Yes, that was a Dad joke!). 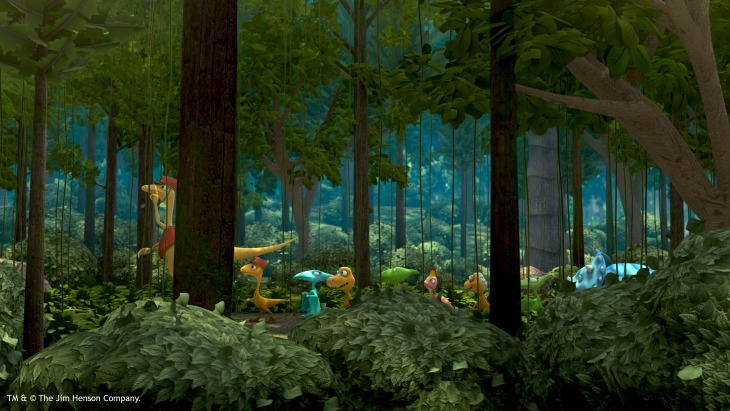 So imagine mine (and my son's excitement) when we heard that Dinosaur Train was to become a live production and was choo-choo-ing into Sydney in June and July!

Direct from the USA, Dinosaur Train Live – A Rainforest Adventure brings the ABC Kids TV show to life. The tour hits Australia across the July school holidays and all of our favourite characters including Buddy, Tiny, Shiny, Don, Mr Conductor will be there live on stage.

How Does The Show Translate To The Stage?

The Rainforest Adventure will see the dinosaurs in full character costumes dancing and singing their way through the deep canopies of tropical trees as they explore and discover all the beautiful plants, animals and different levels of the ecosystem. The show will not only be highly enthralling and a lot of fun, it also promises to be highly educational. Dinosaur lovers get to apply scientific thinking as they discover new types of dinosaur species, compare and contrast dinosaurs to today's creatures and embrace the living sciences of palaeontology and natural science.

We will be waiting eagerly at the station to join this live event. Don't miss it too!