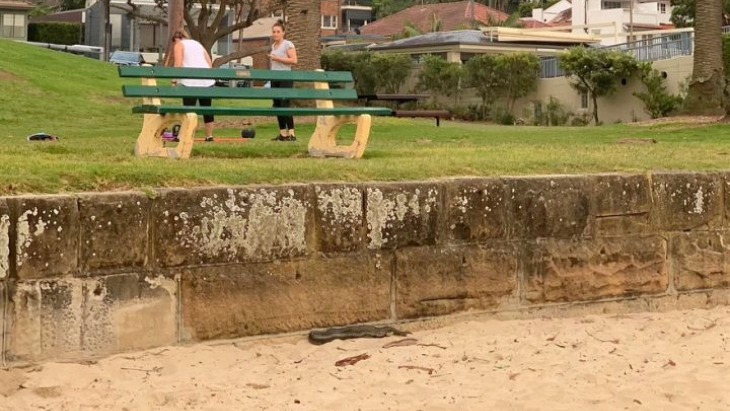 We love Balmoral Beach and it seems snakes do too.

A rather large Diamond Python snake was found at this popular Sydney beach on Monday, shocking locals who were enjoying a soft sand stroll.

The non-venomous snake was seen between the Bathers Pavillion and the swimming club at the northern Sydney beach, and thankfully captured by the professionals. “Mosman Council rangers came to the assistance of a diamond python who was caught on the hop at Balmoral Beach on Monday,” Mosman Council posted on Facebook on Thursday.

A teenager who also spotted the “massive” snake told local blog, the Mosman Collective, that he was used to seeing snakes at his Goulburn farm, but never at the beach, claiming it had been there since Sunday afternoon.

Snakes On A Playground

It's not the first time snakes have terrorised the north-side, remember when the deadly snakes came out to play at a busy Northern Beaches playground?

Mosman Councillor and Balmoral resident Roy Bendall said while snakes were around, it was highly unusual to find one on the beach.

“The snake is not venomous and has no risk to humans and no doubt its back in Wyargine Reserve,” he told Mosman Collective.

Sydney snake catcher Rob Amrbose told news.com.au that while snakes on the headland in Mosman were not unusual, seeing a Diamond Python was rare.

Wildlife experts, WIRES, took the snake to a veterinarian and it was later released into bushland.