Antibiotic Resistance In Kids Is An Issue We Should Be Discussing 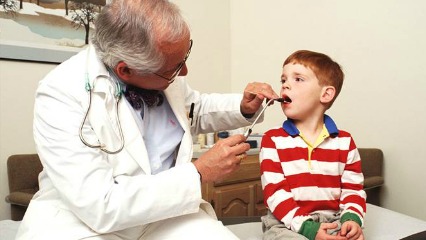 What was your experience with antibiotics growing up and has it affected the way you medicate your children?

Within the ellaslist team, we’ve all had completely different experiences with medication in our childhood and it has definitely influenced our attitude in how we treat our kids when they are sick.


Alex: Only Had Antibiotics Once In Her Life

On one extreme, there’s Alex who has only only had one course of antibiotics in her life and it wasn’t until she was 21 years old. Usually when Alex tells people this they look at her like she’s some kind of freak. Like she’s a character from Stranger Things who can’t be trusted.

No, Alex didn’t grow up in a hippy commune or in an Amish village. Although she blames her parents, who both have nursing backgrounds and brought her up in a household where she was told that colds, flus and viruses could be fought with old fashioned bed rest, fluids and freshly squeezed orange juice. She thought antibiotics were for the truly sick and she would have to be on her death bed before her parents would be administering those foreign pills.


Lisa: Grew Up With Antibiotics As The Ultimate Cure

On the other side, there’s Lisa who was raised in a very pro-medication household. Her dad is a doctor and her mum a pharmacist and there was always a locked cupboard jam-packed with medication for every ailment you could imagine. She grew up knowing what medicine to ask for when she wasn’t feeling well and was very accustomed to the fruity flavour of amoxil and other antibiotics.

So how did their childhoods affect the way they treat their kids when they’re sick?

Now that Alex has a son of her own she realised that her upbringing has influenced her in a big way when it comes to his health. Although she would never deprive the boy of medication if he was truly sick, she likes to speak to her doctor or a trusted family member or friend before she starts dishing out the medicine.

If she’s really concerned about her son’s illness she will take him to the doctor to get checked out and make sure it’s nothing more serious. But she ensures her doctor is aware that she only wants antibiotics prescribed if it’s really necessary and the sickness won’t clear up on its own. If the doctor recommends antibiotics she will have a discussion about why they are necessary so that she feels that she can make an informed decision.


Lisa: Always Give Antibiotics If Necessary

Mum of three kids under five years, Lisa, calls her doctor’s clinic, her second home. Especially in their first year of daycare, her kids were often sick and being risk averse, Lisa would always take them to the doctors if there was a hint that something wasn’t right. Having grown up with antibiotics being the miracle cure, Lisa would often ask for antibiotics if her kids were sick. But over the years, she has armed herself with more knowledge and will tend to ask more questions before simply administering  medication.


The Problem With Over-Prescribing Antibiotics

Apart from the fact that antibiotics won’t cure viruses like colds or flu or make you child feel any better if they do indeed only have a virus, taking antibiotics too often can contribute to what medical experts call antibiotic resistance, which is when bacteria are able to resist the effects of an antibiotic and continue to cause harm.

Antibiotic resistance occurs because the bacteria change to protect themselves from the medication. What this means in practical terms is that your child may not respond to antibiotics that worked in the past as they may no longer be able to kill the bacteria.

It’s not just a problem for your child, it has now become a serious public health matter because standard treatments become ineffective, and infections then keep spreading. The overuse of antibiotics in the wider community can lead to the growth of new bacteria strains (sometimes called superbugs) that are resistant to antibiotics altogether.

Not only that, but the overuse of antibiotics can mean they start to kill off good bacteria – the ones that help keep the body healthy.

How To Prevent Antibiotic Resistance

When Are Antibiotics Necessary?

*Please note: Lisa and Alex consulted with NPS MedicineWise for information about antibiotic use and resistance.