And The Lunchbox Shaming Continues 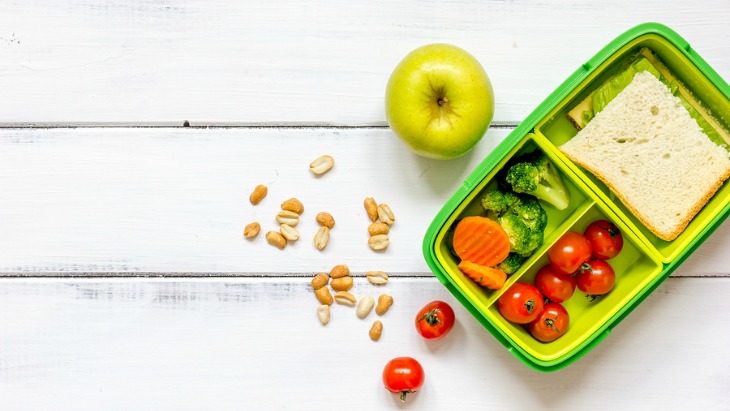 There's been some social media outrage over what many are calling a 'ridiculous' incident of lunchbox shaming. One mother of a Kindergarten child recently got herself into some hot water for packing what many people consider to be a perfectly healthy snack into their kid's lunchbox.....a packet of sultanas.

The mum took to Facebook to post a picture of the note she received from her child's teacher which claimed that the snack was "unacceptable" due to its high sugar content. She said: “This must be a joke? Of course they are high in sugar they are fruit!" 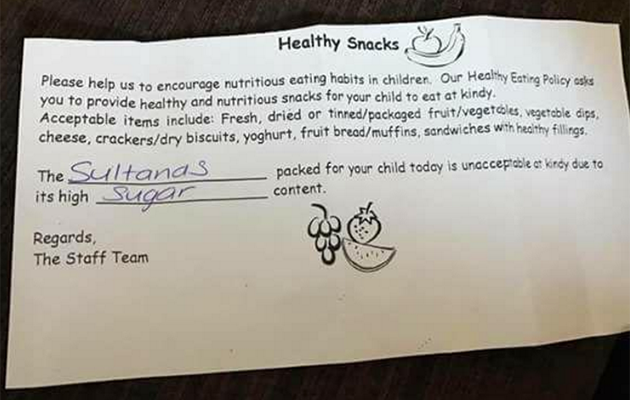 The ridiculous note came as a rude shock to the mother, because she had actually packed a particularly healthy lunchbox for her child, which consisted of a sandwich roll, two boiled eggs, an orange and a kiwifruit in addition to the 'naughty' sultanas. The mum wrote: "She never has packaged food in her lunchbox or anything with refined sugar.” Sounds like a pretty freakin' nutritious lunchbox to us!

This is not the first, nor will it be the last incident of lunchbox shaming. Whilst we think it's fantastic that teachers are monitoring children's diets to make sure they are eating sufficiently nutritious food throughout the day, and, as the note says, "encourage nutritious eating habits", we think we're going to have to draw the line with sultana-shaming.

Kathryn Hawkins, nutritionist and fellow mum scolded the note on Facebook, saying: "If you are a busy working household and grabbing a box of sultanas for the lunchbox makes it a bit easier for you, then it is a great choice for you. You DO NOT have to feel one bit guilty for putting a box of sultanas in your child's lunch and you DO NOT have to 'explain' why.'" She defended sultanas, saying that they are "high in fibre, potassium, and contain B1, B2 and other vitamins and minerals", and that kids love them. As a working mother herself, Hawkins has had a particularly strong reaction to yet again, mums copping slack: "Most Australian mums are doing the very best they can in a country that does not support working mothers, does not offer hot school lunches as part of the course, demands that women have 10 balls in the air and 'dont drop any', and has created a society of nosey know-it-alls when it comes to feeding our children - so PLEASE LEAVE THE BOX OF SULTANAS ALONE!!" Wow, you go girl! 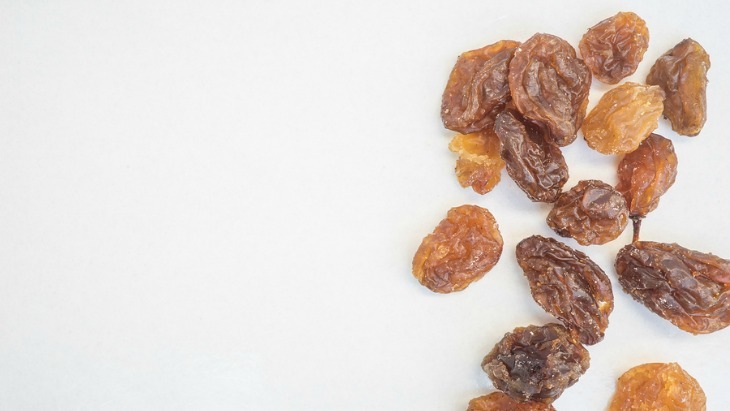