After A Record-Breaking Hot Summer, A Sticky Autumn Is On Its Way For Australia 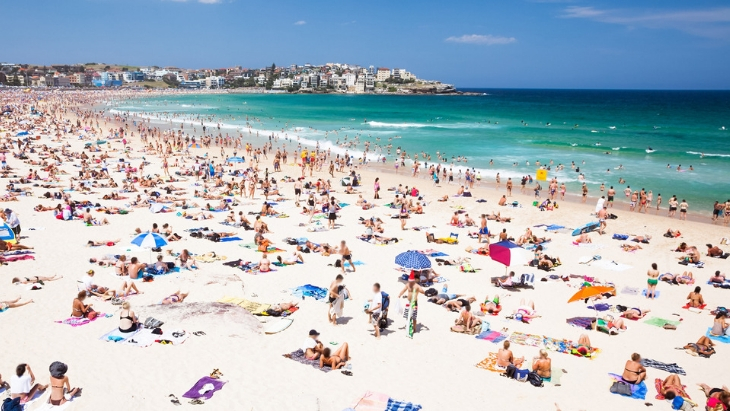 In case you missed it, January was officially the hottest month ever recorded in Australia with what seemed like heatwave after heatwave making us all feel a little weary and wan whenever we weren’t ensconced in a large, cool body of water.

Alas, despite hoping for cooler weather to come breezing in in time for Autumn, it looks like the stickiness is set to continue—as the Bureau of Meteorology has revealed that most of the country is due for warmer days and nights than we usually see during the March to May period.

In terms of what this, y’know, actually means, note that the average daily maximum temperature for March sits at around 24.2 degrees in Melbourne, 24.8 in Sydney and 29.1 in Brisbane. In May, it's around 16.7 degrees for Melbourne, with 19.5 for Sydney and 24.5 for Brisbane. The Bureau of Meteorology is forecasting that we'll see warmer than that across the board for the autumn season.

Sadly for farmers, the tough times don’t look like they’re going to let up any time soon. Large parts of the north are looking to struggle through drier-than-average autumns, although the southern part of the country is expected to experience the usual amount of rainfall.

Looks like air-conditioning and fans will remain your besties for a few months yet, y’all!