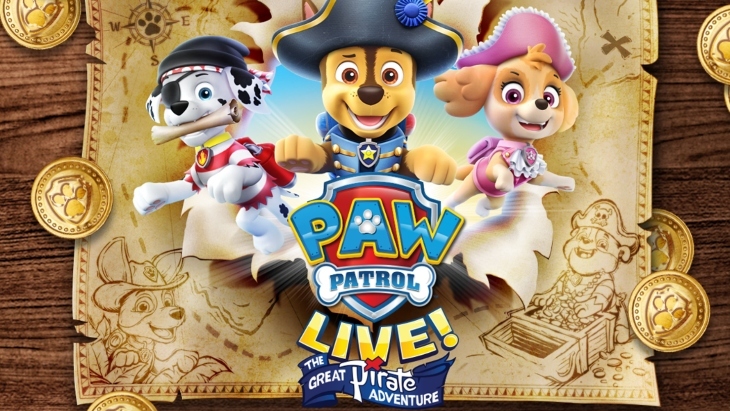 Calling all PAW Patrol fans! You won't want to miss your favourite heroic pups live on stage in Melbourne.

After the huge success of PAW Patrol Live! Race to the Rescue tour in 2021, Nickelodeon, VStar Entertainment Group and TEG Life Like Touring are bringing even more puppy thrills with the second live stage show based on the super popular PAW Patrol series.

The action-packed, music-filled production, PAW Patrol Live! The Great Pirate Adventure is presented by Paramount+ and features the beloved characters from the animated tv series and will begin touring Australia in April 2022.

The show will be performed in Perth, Sydney, Newcastle, Melbourne, Adelaide and Brisbane, and tickets are on sale now!