Hilarity in Print at the Melbourne Museum 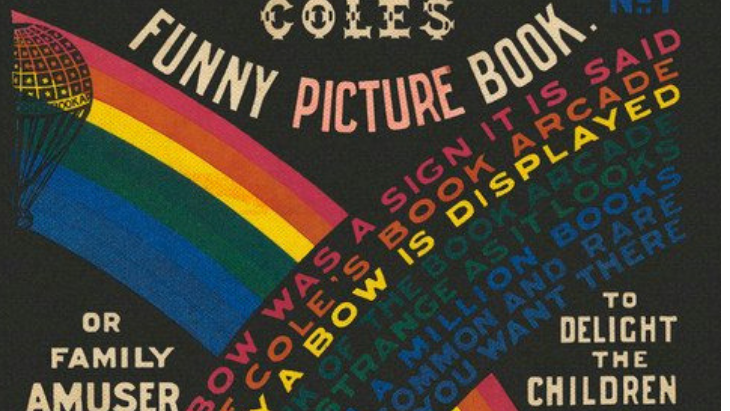 Melbourne has always been a bookish city, and now's your chance to see what it was like when our very own Cole's Book Arcade was the biggest bookstore in the world!

One of the most popular children's books in the 19th Century was E.W Cole's Funny Picture Book.

Every Sunday during March, you can drop in to the Melbourne Musem and add to their very own giant funny picture book.

Write, draw, or pen a poem - whatever your creativity decideds. From your favourite joke to your silliest made-up character - anything funny goes!

When: Sundays until March 31.

Ages: Suitable for ages 5 to 12 years. Children must be accompanied by an adult.