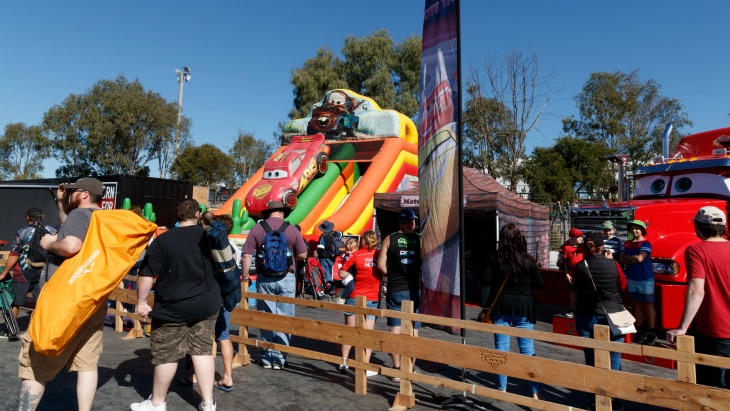 The Disney/Pixar Cars Pit Stop and Lightning McQueen are back this September at the Wilson Security Sandown 500 at Springvale!

In celebration of the release of Disney/Pixar’s Cars 3, the Cars Pit Stop is the ultimate racing destination for families of all ages at selected Virgin Australia Supercars Championship events this year.

Disney/Pixar Cars, Mack Trucks and Virgin Australia Supercars Championship have again joined forces to bring Australian families the ultimate Cars experience. With activities for all ages, fans will get to see the new-look Lightning McQueen, plus, Mack the Transporter will be on show, creating the perfect backdrop for a family selfie!

Racers young and old can also test their speed at the new Crazy Eights Raceway, with races held every 15mins, and get the chance to test their reflexes on the digital interactive race panel, plus take a ride down the ever-popular giant, double-lane inflatable slide.