INSANE Water Park: In Its Own Little World 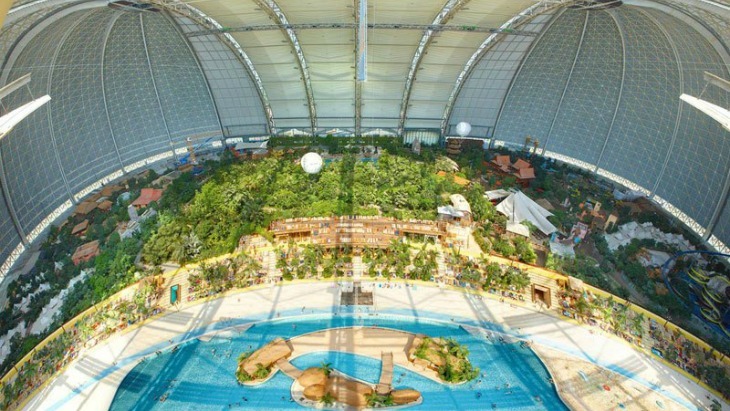 Check out the aircraft hangar-turned-water park in Germany that has to be seen to be believed....camping in teepees that'll make you feel like you're in a scene straight out of Blue Lagoon, indoor hot air balloon rides, palm trees, sandy beaches and heaps of thrills and spills!

Paradise In The Middle Of Nowhere

It's called The Tropical Islands Dome and is found inside an old hangar (60 km south of Berlin, in a former Soviet airfield) measuring 360 metres long, 210 metres wide, and 107 metres high- that's tall enough, as the video mentions, to fit the Statue of Liberty inside, and big enough to lie the Eiffel Tower down inside it! It boasts a Tropical Sauna and Spa with zones reflective of different places around the world including Thailand and Africa, a lagoon, a golf course, a spectacular 1km walking track for guests, a Rainforest of 50,000 plants to explore, and of course, drinks to enjoy as you splash around...it's not just for the kids by any means!

Kids will love the Tropino Kid's Club complete with a huge climbing area, foam balls to shoot from cannons, LEGO blocks play areas, mini cars and a track, bumper boats on the water, air hockey tables, regular kid's parties, and oh so much more. They even offer free admission for kids on German Children's Day in September. Could this place be a paradise for families?? 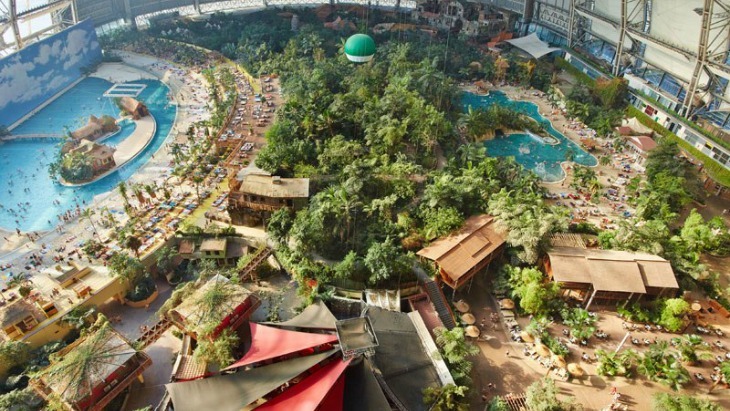 More Awesome Attractions Than You Could Imagine

It opened way back in 2004, and we have no idea how it remained a mystery to us until now! The dome is heated to 26 degrees Celcius year-round, and is open 24 hours a day, 7 days a week. The water in Waterworld is 28 degrees Celcius and has a whirlpool, a 27-metre high water slide tower, a 76-metre turbo slide, and gentler ones for little kids too. The spa and accommodation options look like a mix of Indiana Jones and the Blue Lagoon- just imagine the Instagram shots! It's all indoors, so you really are in an entirely new world....

Check out the awesome pictures, courtesy of Twisted Sifter. 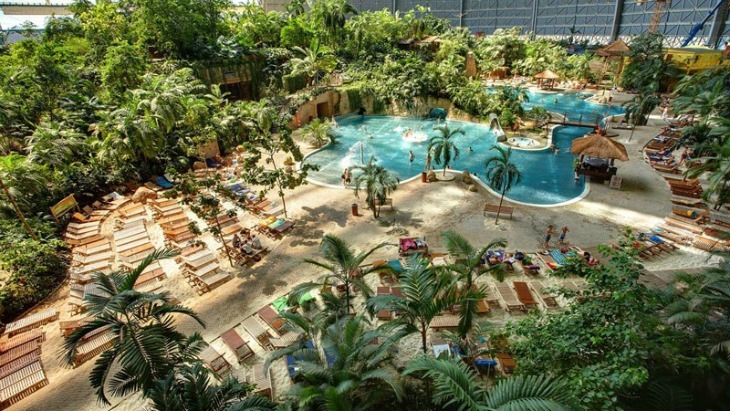 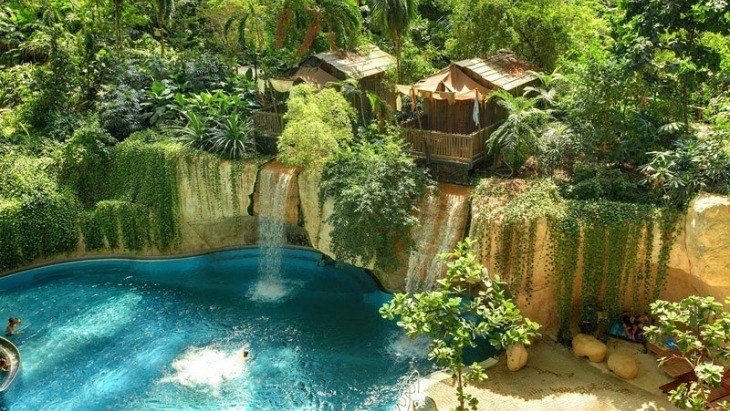 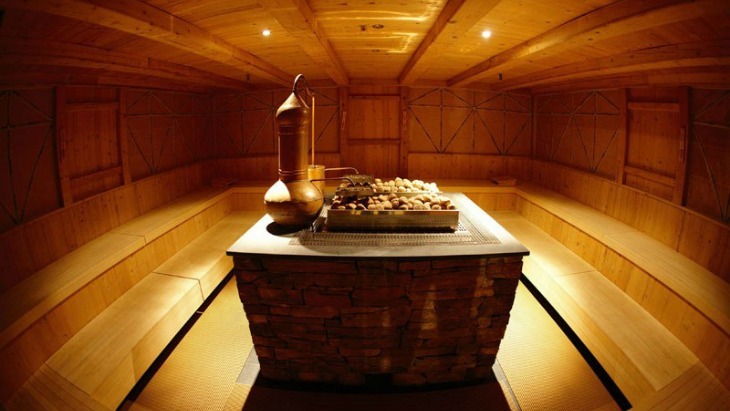