No More Cooking With This Robotic Chef! 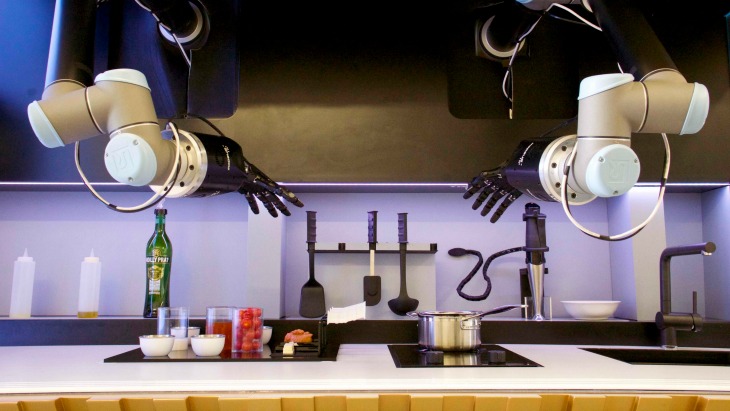 "The future is served". We bet time-poor mums wouldn't mind having an extra pair of hands in the kitchen, even if they're robotic hands. Check out the incredible video:

Moley Robotics is set to release a fully-automated robotic kitchen in 2018, that could be programmed to replicate the recipes of Gordon Ramsay and the like and serve them up to you at the touch of a button. According to Forbes, you can order ingredients directly from Moley that have been washed, cut and measured, place them in their designated spots in the robotic kitchen, and stand back as your new kitchen friend does all the work (and the cleaning up!).

One of the first recipes that the Moley kitchen has been able to recognise and replicate is Masterchef's Tim Anderson's crab bisque, which is known for being quite a tough recipe to master...but the robot has done it. Not only would it free up some time for you to get onto other things, but this robotic kitchen could create a database where people buy and sell recipes, meaning you can have access to a huge range of nutritious meals that you might not always get around to with your own hands.