New Toy That Teaches Kids How To Code 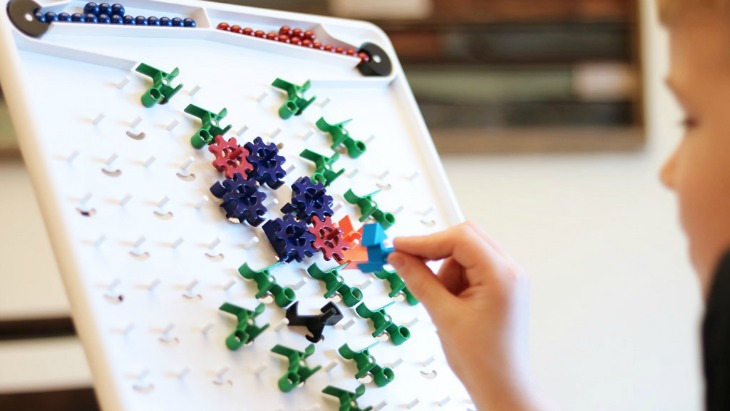 If you don't know about coding yet, you will soon. Just ask your kids. You're using it everyday. Every website, smartphone app, computer programme - even your microwave - relies on code in order to operate. Your kids will possibly be learning it at school in the near future, if they're not already. There are loads of cool coding camps kids can go on and lots of online programs where you can teach yourself if you want to stay ahead of the curve. But what about a toy that teaches you how to code in the most simple way possible?

That’s the premise behind Turing Tumble, an innovative new game for ages 8+ that takes a fresh and basic approach to explaining coding — and the best thing is it doesn't use electronics at all. The game uses a set of marbles that roll one at a time from the top of the board through a series of pins and “logic” pieces. When the marble hits a flipper at the bottom it releases another ball – creating a computing cycle.

According to the game's creator, Paul Boswell: “Players add logic to the game board by placing six different types of parts onto the board. The ‘Bit’ is a particularly important one. Each time a ball runs over it, it flips to point the opposite direction. Pointing to the left is like a ‘0’, and pointing to the right is like a ‘1.’ Gear bits are the most interesting part, though. Gear bits are just like bits, except that they can be connected to one another so that when one is flipped, it flips the connected gear bits, too. It’s these parts that make the computer Turing-complete.”

Coding Made Simple For Everyone

Paul, a father of three, is a computer programmer at the University of Minnesota and he created the game to teach everyone how to program after being frustrated with trying to explain it - to scientists of all people!

“Programming is a unique skill among chemists and biologists – heck, among just about anyone other than computer scientists – but it shouldn’t be,” he said. “I spent a lot of time teaching my students how to program. There were countless times when I saw other faculty and students pass up good research ideas because they couldn’t make software to do what they needed.”

Paul is a firm believer that kids learn best when they use their senses to explore concepts. As he says, Turing Tumble is the only game that lets kids see and feel how computers work. The logic isn’t hidden inside a computer chip – it’s all right there in front of them. It builds logic and critical thinking skills, fundamental coding concepts, and grounds their understanding of computers.

The game also comes with a book of 51 puzzles which start out easy and become steadily more challenging. Each puzzle leads the player to discover new concepts that can be applied to more complicated puzzles later on. The puzzles are woven into a 20-page comic story, beautifully illustrated by Jiaoyang Li, where each puzzle brings Alia the space engineer closer to rescue from a seemingly deserted planet.

Where Can I Get It?

At the moment the game is only available through Kickstarter if you pledge $60 or more and will be delievered sometime during January 2018. A bit late for Christmas but still early enough to get your kids ready for the job market in 15 years, right! 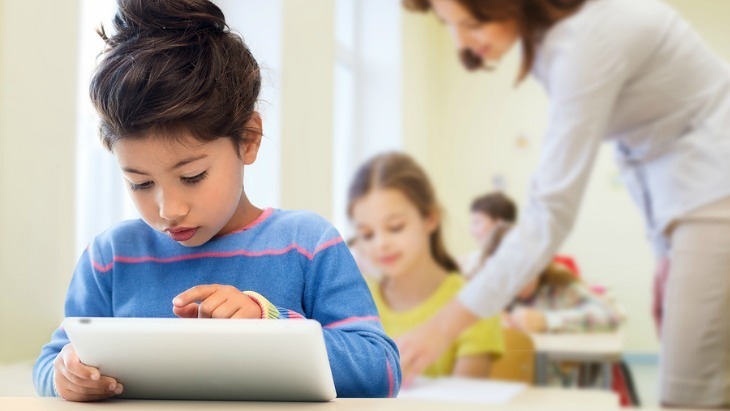 Find Out More About Coding Here