Blast Off Outside! Why Bunch O Balloons Bring The Fun This Summer 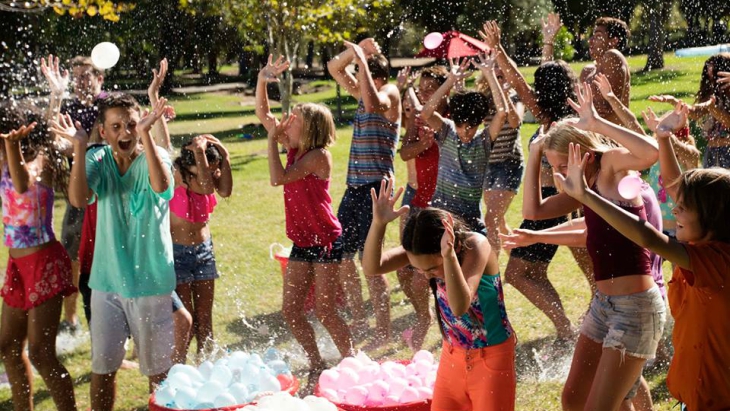 At ellaslist we are always thinking of ways to get our kids off their screens and heading out into the great outdoors to be active and have fun as a family. We also love introducing our kids to the games we used to play as kids, you know, back in the land of time before the luring temptation of smartphones and tablets. (Plus it's a great reminder to get off the devices ourselves).

When I think of childhood games I used to play with my brothers, I think of good old fashioned water balloon fights.

The process was slow, slipping the balloon over the tap, filling it up with water without bursting it, tying the teeny tiny balloon without dropping a splash of water and carrying it precariously from the kitchen to the backyard battlefield....  yet so rewarding when one of my brothers would get slapped in the face with the floppy missile.

Imagine the fun I could have had if Bunch O Balloons had been around in my day.... my brothers would have been toast!

Why Oh Why Bunch O Balloons? 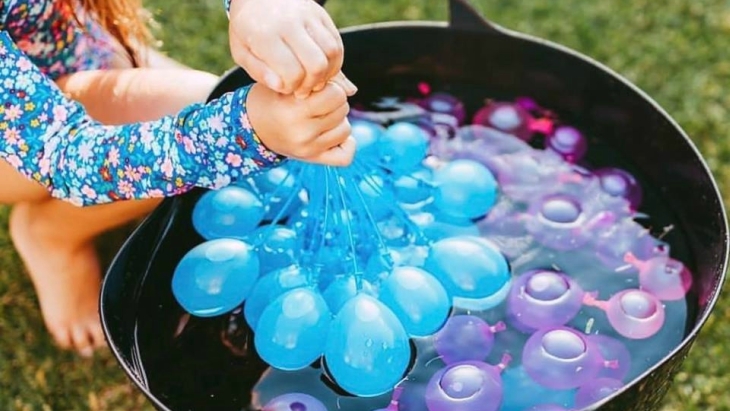 Speaking of next level. There are a bunch of accessories to make your backyard blitz a true bonanza! Things like the Launcher (which hurls balloons up to 22m), the Stealth Soaker and the Mega Catapult.

Let's just say water fights have never been so risky!

The Importance Of Playing Outside

We hear it a lot, but do we actually pay attention to the research? When kids play outside they are boosting their creativity, they learn social skills and how to be independent and self-reliant, plus they're being active and healthy. What I love about outdoor play is that kids don't realise they are receiving all of these benefits, they're simply outside in the flow, having fun. Throw in some water fights and they would have no idea they're learning things like how to negotiate, how to outwit their opponent and how to concede defeat.

But What About The Environment?

I know, I know, you're thinking the more balloons being hurled around the backyard, the more mess I'm creating for landfill. Well, that's why we love Bunch O Balloons, beginning in September 2020, ZURU will produce all Bunch O Balloons stems & caps from 100% fully-certified and traceable recycled plastic, material that has been in the marketplace, recycled and then sourced by ZURU to use in its manufacturing. Bunch O Balloons also have an ongoing partnership with TerraCycle. Simply collect your used product – jump on to the TerraCycle website to sign up to this awesome free recycling service & ship off used Bunch O Balloons packaging, balloon pieces and fast-fill stems to a TerraCycle where they will then be processed and recycled into new materials. Everything, including the packaging is 100% recyclable!

“COVID-19 has enhanced the amount of quality time parents spend with their children, and now more than ever families are seeking excitement and magic in their lives. It’s so exciting for us to offer a product that can offer families this without the previously-associated environmental guilt,” says Co-Founder & COO Anna Mowbray. 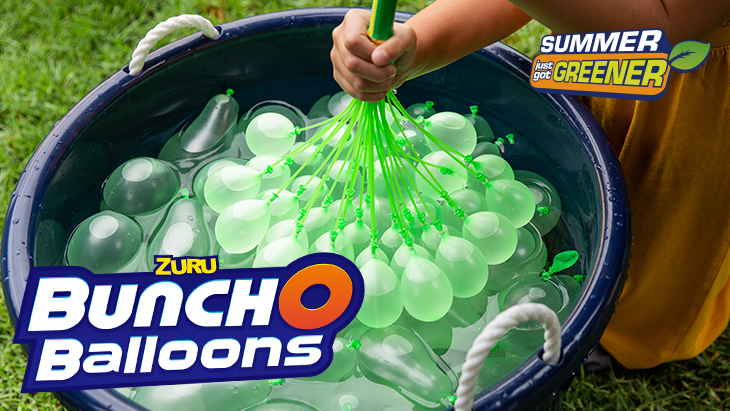 To find out more about these revolutionary self-tying water balloons, visit the Bunch O Balloons website.