Simple Games To Make Eating Out With Kids More Fun 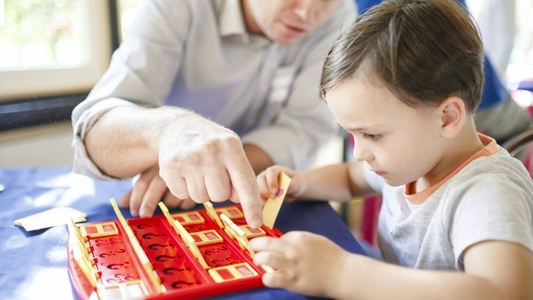 Eating out with kids is never as pleasurable as it sounds! These fun and simple games will make eating out with the kids much more fun and enjoyable for all!

1. Straw Naughts and Crosses - Ask your wait staff for some straws and use them to make the game board. Use two different colour condiment/ sugar sachets/ coins or screwed up serviette bits as the markers for each team or player. Three in a row wins!

2. Memory Game – Look in your bag for 5 – 8 objects and place them in the middle of the table. Tell your child to look closely at all the objects on the table then tell them to close their eyes. Take an object away and see if your child can tell you which object is missing.

3. Guess Which Hand - Hide something in one of your hands. Make a fist with both hands and have your child guess which hand the object is in. Let them have a turn too, don’t forget it is sometimes best to humour the child (for the sake of peace) and pick the wrong hand. 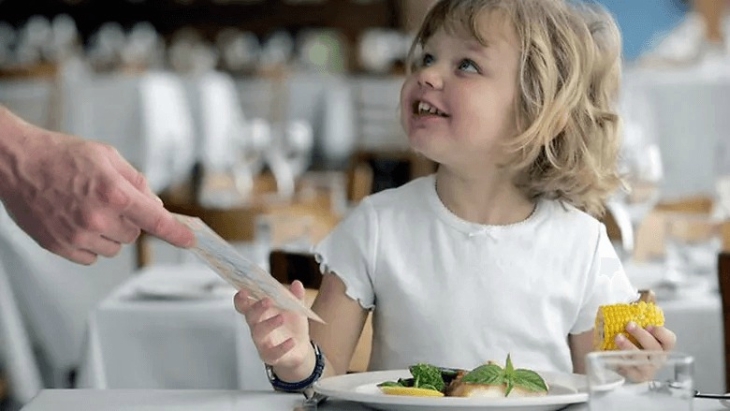 4. I Spy – This is an easy game that can be adapted depending on your child’s understanding e.g. the most common being I spy with my little eye something beginning with the letter “t”. Other suggestions would include “the colour”, “the sound ch”, “something inside” etc. Don’t forget to take turns otherwise there may be tears.

5. Sugar Packet/ loyalty card and Dollar Trick - This is a copy of the old cups and ball magic trick. Take three of the same condiment, sugar sachet or something else and place a dollar or other small coin under one of them. Show you child which packet the coin is under. Then quickly or slowly, depending on your child, mix them up while they are watching. See if they can follow which sugar packet the penny is under and when you are done mixing, ask them where the dollar is. Taking turns makes this game last longer too.

7. Dot Game - Starting with an empty grid of dots, players take turns, adding a single horizontal or vertical line between two unjoined adjacent dots. A player who completes the fourth side of a 1×1 box earns one point and takes another turn. (The points are typically recorded by placing in the box an identifying mark of the player, such as an initial). The game ends when no more lines can be placed. The winner of the game is the player with the most points.

8. Bring Travel Size Games - A lot of the classic board games also come in travel size, for example Connect 4, Guess Who or Cluedo, so pop one in your bag for those long cafe lunches, the kids won't want to leave until they win! 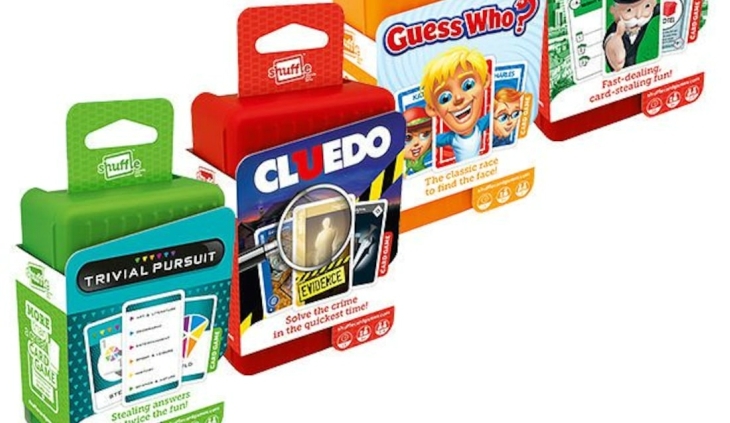 9. Rock, Paper, Scissors - A simple game where you shake your hands in the air 3 times saying “rock, paper, scissors”. On the third shake each player makes there hand into a rock, paper or scissors. Figure out if you won: Rock smashes scissors, scissors cut paper, and paper covers rock.

11. Top 5 game - This is so simple, everyone has a turn to think of their top 5 of a selected subject e.g. top 5 books, toys, colours…anything you can think of.

12. Play the question game?  This is another really simple game, it is more fun the quicker you ask your questions but if you have little ones remember to give them a little extra time. Some examples of questions could be:
Would you rather live underwater or in outer space?
What is your favourite vegetable?
Would you rather be a gnome or fairy?
Peppermint or Berry toothpaste?
Top 3 ice cream toppings?
Which moon phase is the best?
How many kids do you want when you grow up?
If you could have any animal as a pet, what would it be?
Bike or Skateboard?