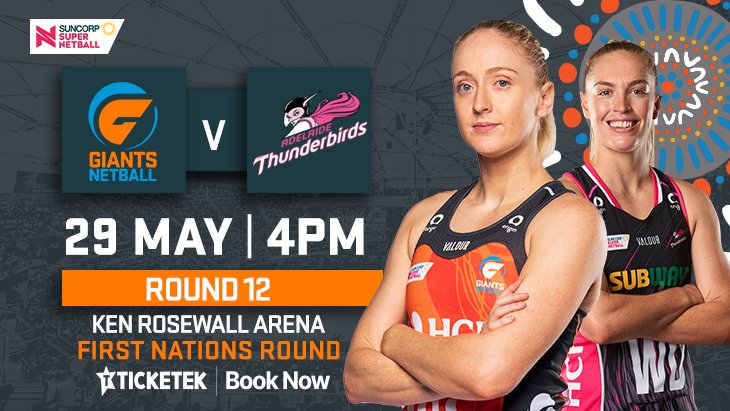 Get to a GIANTS Netball game!

You can bring the whole family to any GIANTS game for just $49!

This season’s SSN competition is closer than ever! With just a few games to go, the GIANTS are fighting to stay in the top 4 with every goal and need their fans to get them over the line!

Off court, the GIANTS game day experience is so much fun for families, with lots of pre-game family and kids activities on offer.

This week the GIANTS take on the young and fired up Adelaide Thunderbirds on a Sunday afternoon that will be anything but quiet!

Stand United at the GIANTS, wear orange and gear up for an exciting night at the netty!