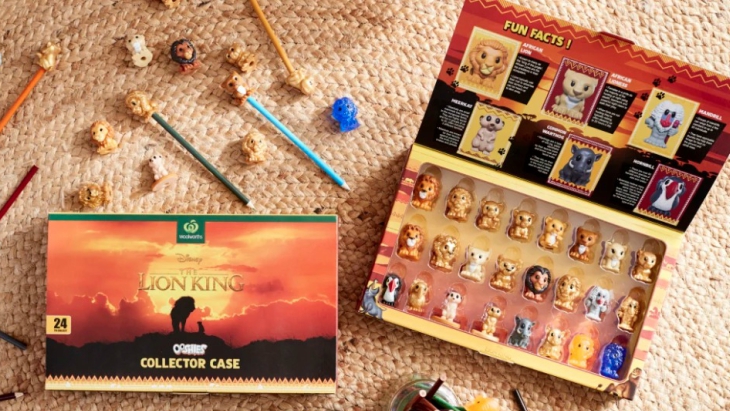 There's a new war on plastic brewing. But there's nothing sustainable about this one. Just hours after Coles announced their Little Shop 2 campaign, Woolies hit back with their own lion share of plastic collectables. Roaring into supermarkets on July 17 are 24 collectable Lion King Ooshies.

The collection will feature 9 of your favourite characters from The Lion King, including Simba, Nala and Mufasa in original colours and gold versions and coincides with the release of the Disney film remake.

There will also be a Lion King Collector’s Album to store your precious Ooshies for $4. Wait, isn't this just the Coles Stikeez promotion all over again? The circle of life, folks. 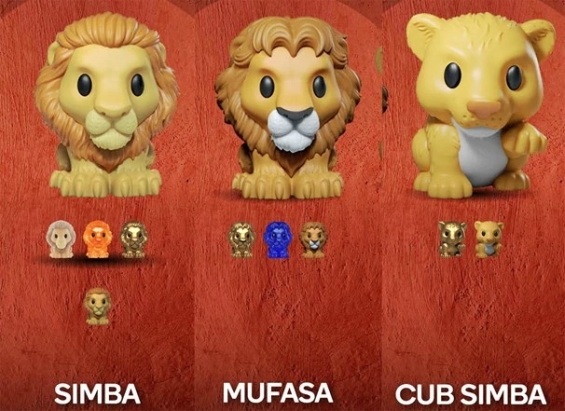 Both promotions start next Wednesday, with every $30 spent earning shoppers a toy. And yes, like the Stikeez there'll be rare gold ones to collect/sell too. Like Simba, Woollies laugh in the face of danger!

Plastic Not So Fantastic

Woollies are quick to defend their blatant backwards stance on plastic, saying that if you collect extra Ooshies you don't want you can return them to Woolies to be recycled. Wishful thinking?

They've even partnered with TerraCycle to make this recycling dream a reality. We'll see if they don't end up on eBay first....

What Else Is News?