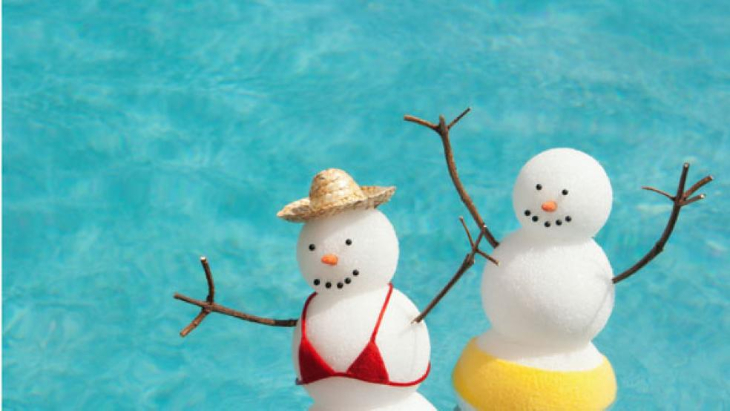 Don’t light those fireplaces just yet! The much higher than usual temperatures throughout May have lead the experts at the Bureau of Meteorology to predict a very warm winter across NSW and Victoria.

Following on from the hottest summer on record, this autumn has been far from cool with temperatures across the country sitting roughly 1.5C above the average for the time of year. The average temperature for Sydney in May is 19.5C, but this year we have been seeing temperatures up around 26/27C throughout the month. In Melbourne, the average for May is 16.7C, and with most of this week due to be over 20C in Victoria’s capital, it is fair to say Melbournians will be noticing the difference.

It is not just the land that is heating up, the sea off Sydney’s coast is also warmer than usual sitting at around 21C which is a whole degree warmer than this time last year. There are a few reasons for the ocean taking longer to cool than usual including a string of sunny days which warms up the surface water, and a lack of low-pressure systems which would usually bring colder water to the surface.

After five months of above average temperatures in Sydney, this weekend is due to be no different with temperatures due to reach 26C on Saturday and 27C on Sunday which is ideal if you were hoping to sneak in a few more trips to the beach before winter settles in. For Melbourne, although this weekend will bring higher than average temperatures with both days due to hit 19C, it will also bring wet weather with rain showers predicted.

Not So Good News For Farmers

Winter is usually the time when farmers rely on rain but there is a 70% to 80% chance of below average rainfall in northern Victoria and southern NSW, according to experts.

El Niño and the Indian Ocean Dipole, plus the long-term trend of human-caused global heating are the causes of the record-breaking hot weather.

Check Out This New Reusable Coffee Cup Scheme
How To Declutter Without Marie Kondo
Did You Know Glitter Is An Environmental Hazard?